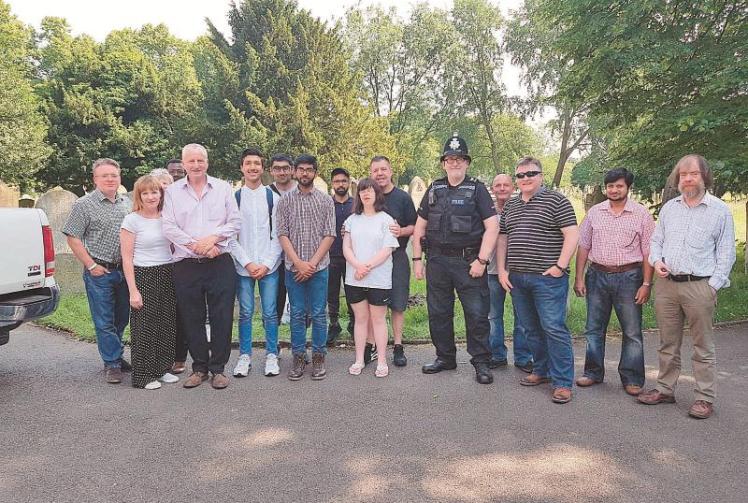 Members of the youth arm of the Ahmadiyya Muslim Community Slough and South Bucks helped serve food to over 35 homeless people on Sunday, June 10.

Plenty of food was given to take away outside St Mary’s Church, in Church Street.

Nine youngsters from the Ahmadiyya community took part in the session, with many fasting themselves as they went through Ramadan.

Ahmadiyya Muslim Community Slough and South Bucks president Atiq Ahmad Bhatti said: “It is narrated that the Holy Prophet of Islam would give to charity throughout the year on a matchless scale, but during Ramadan his charity used to gain the intensity of fierce wind, meaning the effort would treble at the minimum.

“Thus our youth have endeavoured to follow this example but not only serving those in need during this month, but they have also donated to charities.”