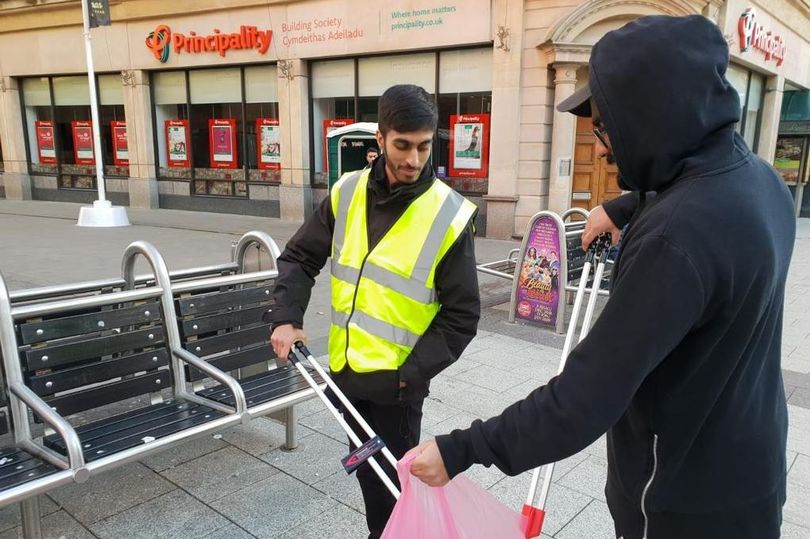 While most of us were still sleeping off the night before, around a thousand Muslims across the UK took to the streets to help clean up after New Year’s Eve.

Members of the Ahmadiyya Muslim Youth Association (AMYA) met on New Year’s Day morning to clean up the streets of 50 British towns including Cardiff, Newport, and Swansea.

As well restoring order to the streets after New Year celebrations, volunteers also served warm drinks and breakfast to those sleeping rough in Cardiff.

“AMYA has and continues to instill young people with a sense of civic responsibility, and a desire to promote harmony within our local communities.”

Imam Qamar Zafar added: “The New Year’s Day clean-up campaign ensures Muslim youth can be active members of society and serve their communities and the environment.”

Over the previous year, AMYA volunteers planted more than 20,000 trees in the UK and organised about 300 community litter picking events.