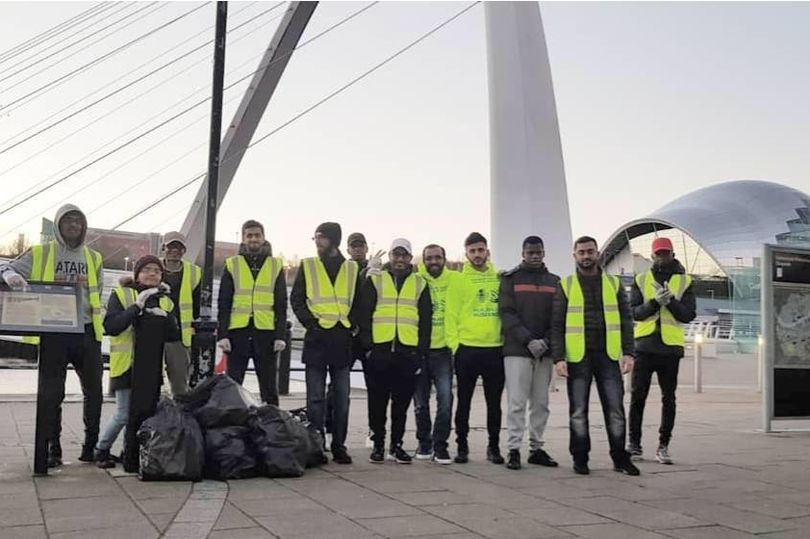 While most revellers were sleeping off the night before, more than 1,000 young Muslims took to the UK’s streets to help clean up after New Year’s Eve .

Members of the Ahmadiyya Muslim Youth Association (AMYA) were up early on New Year’s Day to pick up rubbish and litter from the streets of 50 British towns and cities – including Newcastle.

The young people wrapped up warm against the early morning chill and were all smiles when they finished their New Year’s Day clean-up and posed with lots of full bags.

Muzaffar Ahmed, from Gateshead , said the group started the new year by “giving back to the community”.

He added: “Cleanliness is an integral part of the Muslim faith. As a Muslim it is our duty to be responsible citizens – we have been working throughout the UK today to provide cleaning services to their local communities.”

“AMYA has and continues to instill young people with a sense of civic responsibility, and a desire to promote harmony within our local communities.

“The New Year’s Day Clean-up campaign ensures Muslim youth can be active members of society and serve their communities and the environment.”

Throughout 2018, the AMYA planted more than 20,000 tress across the UK and held more than 300 community clean up events.