Young British Muslims support the homeless during the Christmas period

Young Muslim leaders in the United Kingdom are trying to deliver 10,000 meals to those who sleep poorly before the end of the year, and have pledged to clean the streets after New Year’s Eve celebrations in an attempt to start 2020 helping the environment. 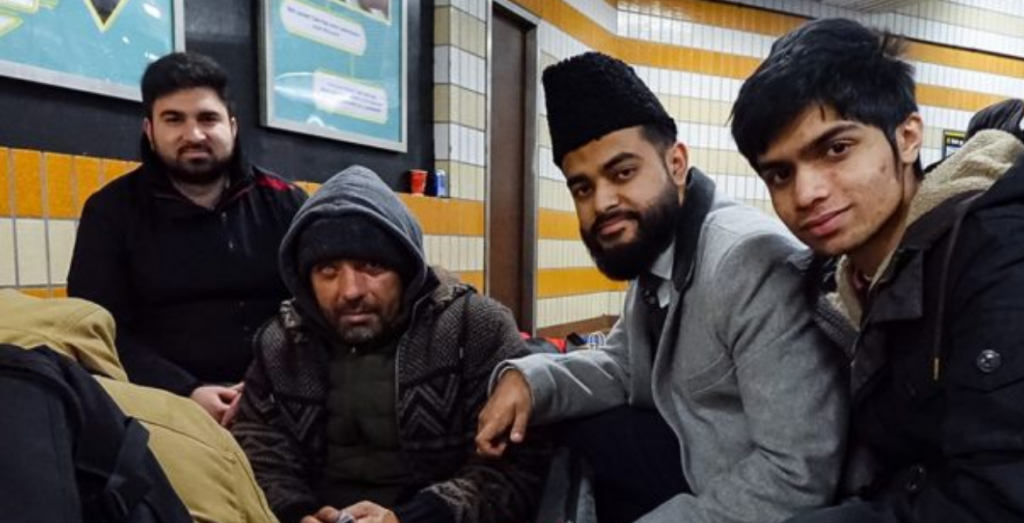 Adeel Shah, 24, is among the group. working with him Ahmadiyya Muslim Youth Association (AMYA), which is described as The oldest Muslim youth organization in the United Kingdom.

He told Al Jazeera that on Wednesday, Christmas Day, the group will provide food to those who sleep poorly and ask them how they think homelessness should be resolved.

On New Year’s Day, the group plans to pick up garbage in various towns and cities, hoping that “2020 will see a fall in pollution and plastic waste,” he said.

According to the Combined Network of Information and Homeless People (CHAIN), homelessness has increased 50 percent this year, compared to 2018.

According to government figures, more than 4,700 people slept throughout England on any given night in 2017, an increase of 15 percent compared to the previous year, and more than double the amount in 2010.

Lewis Colin, 52, currently sleeps in a tent near London’s Charing Cross station. Two weeks ago, she was evicted from the Bedford house she shared with her girlfriend, who was kidnapped.

He said that mental health service workers “did not care enough about their girlfriend.”

Sergio Alexandro, a 39-year-old former goalkeeper from Romania who has been sleeping badly for five years, said he can’t find work without a permanent address.

Nati Melushiva, 66, of Bulgaria, has lived in London for 10 years, but now has no home. and now looking for a job, “even as a street cleaner because it would give me freedom.”

Another homeless man, who did not want to be named, said private landlords rejected tenants who depend on social welfare.

AMYA members pray with a homeless man who has been living on the streets for 11 years in Charing Cross, London, United Kingdom (Anu Shukla / Al Jazeera)

With about 85,000 households in the United Kingdom living in temporary housing, he said the definition of homelessness went beyond sleeping poorly.

He said the solution, building more social housing, “was not space science,” and added that the Housing Act of 1988, which “eliminated rental control mechanisms,” once gave tenants greater security.

He explained that the rental of private houses was insecure because tenants were more vulnerable to evictions.