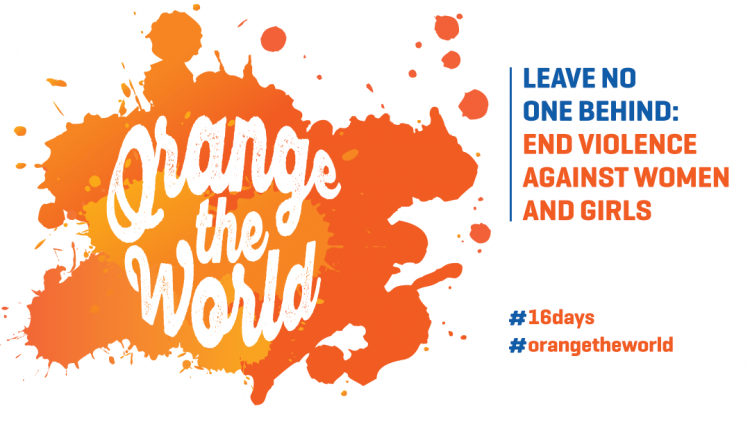 On Thursday 3rd December 2020, the Spen Valley Branch of the Ahmadiyya Muslim Women’s Association (AMWA) hosted a virtual coffee morning to celebrate the International Day for the Elimination of Violence against Women.

Since 1981 women’s rights activists have observed 25 November as a day of action against gender-based violence.

As in previous years the International Day for the Elimination of Violence against Women marks the launch of 16 days of activism that concludes on 10 December 2020, which is International Human Rights Day.

This year’s theme for the International Day for the Elimination of Violence against Women is “Orange the World: Fund, Respond, Prevent, Collect!”

The event started with the recitation of a portion of the Holy Quran which reminds men and women of their equality in the sight of God and their responsibilities towards each other.

Mrs Iqra Mir introduced the activities of the AMWA and why violence against women must be eliminated.

Tracy Brabin, MP for Batley and Spen, gave a short address about her personal experiences of threats and violence made towards her and why extra government funding is required to combat poverty, disadvantage and abuse which can lead to violence against women.

Linda Davis, Regional President of Soroptimist International, Yorkshire, discussed the activities and structure of the Soroptimists and how they feel passionately about the issue of violence against women, so much so, that they are running a daily campaign to mark the 16 days of activism.

Mrs Rashda Ahmad, the Outreach Coordinator of the Spen Valley branch of the AMWA, explained the Islamic perspective of women’s rights and their position in society and how a nation’s progress is linked to the education of women. She also explained the philosophy behind the Ahmadiyya Muslim Community’s motto of “Love For All Hatred For None”.

The meeting concluded with a general discussion and why violence towards women in the 21st Century is still an issue that needs action.  Allan Raw from the Safeguarding Unit of West Yorkshire Police stated that men’s attitudes need changing as very often they do not realise that their behaviour constitutes violence against women.