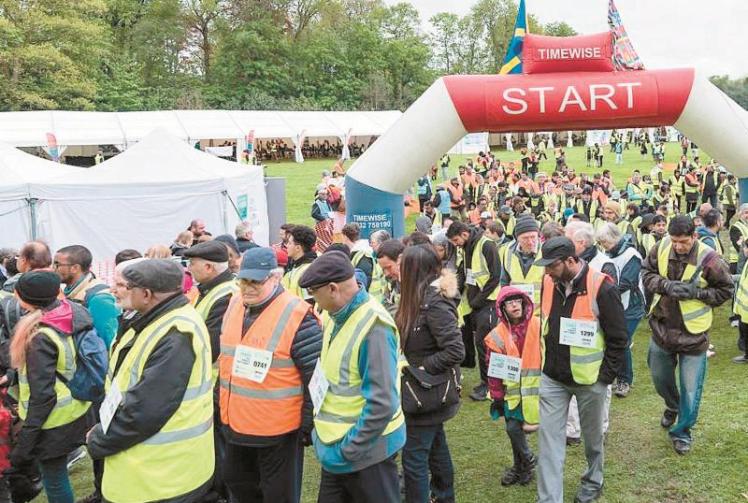 Members of the Ahmadiyya Muslim Community (AMC) Slough and South Bucks joined thousands other marchers in a walk for humanity at Windsor Great Park on Sunday, April 29.

Members of more than 160 charities, Mayors, community groups, schools and civic leaders all attended the day, which featured food and charity stalls, exhibitions and activities.

Collection figures wont be announced until other walks later this year, but organisers have set a target of £1m, having raised £685,000 last year.

One of the organisers and president of AMC Slough and South Bucks Atiq Bhatti said: “It was a tremendous atmosphere. The energy and enthusiasm by the charities that attended was fantastic to see.

He said being held between the Queen’s birthday and the Royal wedding, the walk carried a very regal theme.