They are asking volunteers to join them. 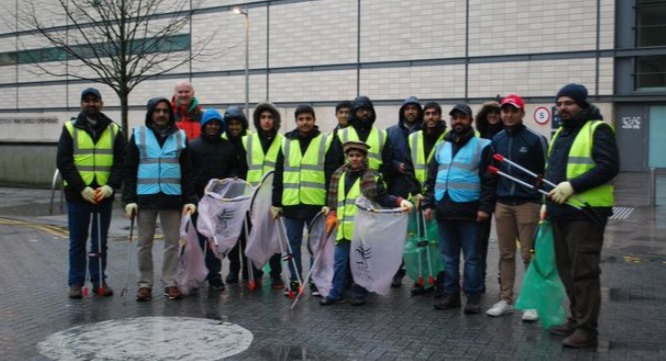 Young Muslims are asking people to help them spend New Year’s Day cleaning the streets in Wales as part of a UK campaign.

The Ahmadiyya Muslim Youth Association (AMYA) is inviting local communities to join them in a countrywide campaign to pick up litter.

They’ll be getting up early on January 1 to go out with litter picks and bin bags onto the streets across the UK.

The association said the campaign aims to instil a sense of community spirit among youngsters.

This is the third year the young Muslims have organised a New Year street clean but this time they are inviting local residents to join them.

Kaleem Ahmed, AMYA youth leader for Cardiff , said: “The Holy Prophet Muhammad (peace be upon him) taught us that cleanliness is a part of faith. This alongside our passion to train our youth to be model citizens are the motivating factors for this event”.

AMYA is a body of the Ahmadiyya Muslim Community , a religious and charitable Muslim organisation, with over 8,600 members across the UK.

There are around 150 Ahmadis in Cardiff. The community has lived in the city for decades and some came to the city after being the subject of sectarian attacks and persecution in Pakistan.