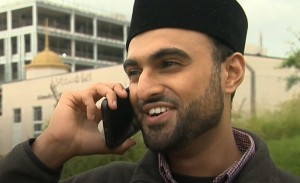 One of Britain’s youngest imams is using social media to show that a religious leader can be someone who “knows how to have a laugh, has got a bit of banter and can wear colourful socks”.

Sabah Ahmedi, from Hulme in Manchester, began his training when he was 17 and now splits his time between the North West and London.

The 27-year-old said it was not the case that imams had to have “a long white beard” and be “really serious [and] middle-aged”.

“I went on to social media… to help [people] be the best person that they can be every single day,” he added.