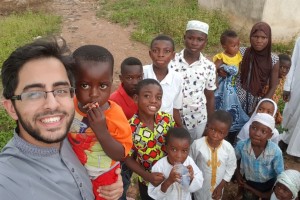 At just 26 years old, Adeel Shah is one of Britain’s youngest Imams, and he has dedicated his life to helping communities of all backgrounds and cultures.

Helping the homeless, volunteering at food banks, raising £1 million through charity walks, litter picking and offering support during the Covid pandemic are just some of the ways that Adeel and the Ahmadiyya Muslim community have helped people from all sectors of society.

He says that the work that his tight-knit group does has not only had a positive impact on the people they set out to help, but has also had an effect on the prevalence of Islamophobia in London – particularly in light of recent terror attacks by “so-called Muslims”.

The Ahmadiyya Muslim community is led by the motto ‘Love for all, hatred for none’, using practical measures to address the dire need to make the world a more peaceful place. Its members are estimated to number around 10 to 20 million worldwide.

Adeel hopes that the Ahmadiyya Muslim message of peace through Islam will help to break down the subconscious bias that has been fostered against Muslims by news of extremism and terrorism.

He said: “Nothing in Islam promotes or advocates for terror or terrorism, so these are so-called Muslims which carry out these acts. Islam is about peace, you can’t have peaceful terrorism. 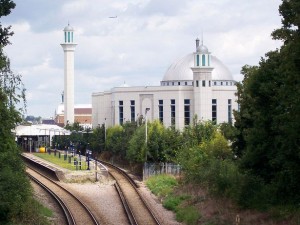 In South London, Adeel is predominantly based at the Baitul Futuh Mosque in Morden, Merton – one of the largest mosques in Western Europe and a landmark for the Ahmadiyya Muslim Community.

Ahmadiyya Muslims believe in the second coming of the Messiah in 1835: They believe that God sent Mirza Ghulam Ahmad to restore morality, justice and peace.

While the community has been established in the UK since 1913, in modern times its focus on spreading love and helping communities seems to have had an important impact on combating Islamophobia. 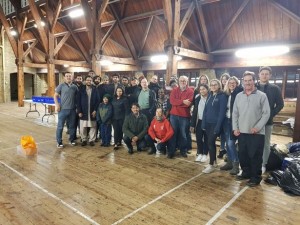 Adeel explained how the reaction of the Ahmadiyya community to the Westminster Bridge attack in 2017 is a perfect example of how visibility and a clear message of peace has helped tackle intolerance towards Muslims.

He said: “When the Westminster Bridge attack happened, our community was there for the next couple of days for a vigil.

“There were 500 or 600 of us, and we were wearing blue shirts – on the front it said ‘I am a Muslim, ask me anything’. I was also holding a banner which had our community motto on it, which is ‘Love for all, hatred for none’.

“We wanted anyone with any concerns or queries to come to us and ask us.”

Adeel recalls an interaction he had with a man who walked past and angrily asked: “Why are you here?”

He said: “I could tell he didn’t ask me out of interest, he was actually saying ‘Why are you here? Go away, this is because of you’.

“But the positive was that he was actually open to dialogue. He said what he said in anger, but he was ready to have a conversation.”

Adeel spoke to the man for just 10 minutes about the community work he and other Muslims are dedicated to, explaining that this is what Islam teaches, not violence.

“It was just a 10 minute conversation, but it affected him so much that in the end he gave me a hug,” he said.

“He told me he’d been living in London for around 10 years, and he’d never spoken to a Muslim. I was gobsmacked.

“It just goes to show that there are people who are only taking in negative information about Islam from media coverage of terrorism, and it’s natural that they’re fearful of Islam. But in having that conversation, a 10 year old negative opinion can be changed in just 10 minutes.

“I am a firm believer that education breeds tolerance.”

Helping during the pandemic

During the Covid-19 pandemic, the Ahmadiyya Muslim community have dedicated the last year to helping those in dire need.

From March to mid-December 2020, across the UK the community helped 21,407 households with food and medicine deliveries, donated 6,290 units of PPE and 10,036 food packages to front line workers, donated 1,617 meals to the homeless, delivered 673,000 pieces of PPE on behalf of the government, carried out blood donation drives – and more.

This was all part of the “innate attitude to serving the community” fostered among Ahmadiyya Muslims from a young age, Adeel explains, and their dedication to helping others meant they could really make a difference during the pandemic. 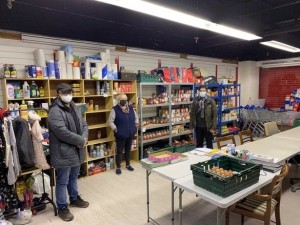 There is still work to be done in the fight against Islamophobia, but Adeel remains content that Britain is not an Islamophobic country.

He said: “I have read in the news that there are places in the UK where it is difficult for women to wear the hijab, where they are met with taunts and comments, and we’ve had the occasional vandalism on our mosques.

“But I think in general the UK really appreciates multiculturalism and different cultures.

“Islamophobia does exist, but I think if we say that Britain is an Islamophobic country, full of Islamophobes, then we won’t be doing justice to the majority of the country who appreciate how prevalent Muslims are in the UK.”