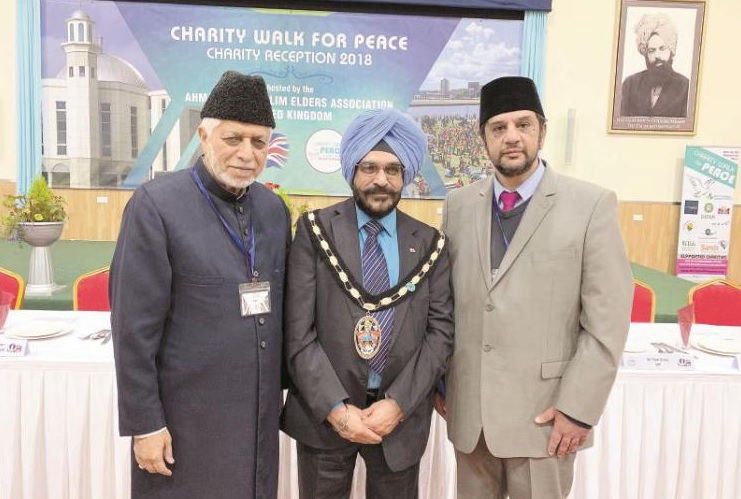 A donation of £500 for Thames Hospice was presented to the Mayor of Slough as part of a series of charity giveaways at Britain’s largest mosque on Friday, December 7.

A total of £1m was raised at the Ahmadiyya Muslim Elders Association’s annual Charity Walk for Peace, held in Windsor Great Park in April.

Over 550 distinguished guests, alongside a host of MP’s, Mayors and Councillors attended the charity cheque presentation ceremony held in the at the Baitul Futuh Complex in Morden, where donations were presented to more than 150 charities from across the UK.

The Mayor of Slough Cllr Paul Sohal picked up a £500 donation on behalf of Thames Hospice.

Ahmadiyya Muslim Community Slough and South Bucks president Atiq Ahmad Bhatti said: “The Mayor is a champion for local causes and works tirelessly to support and appreciate the many communities and charities in Slough.

“The Mayor collected a donation of £500 from the Charity Walk for Peace for Thames Hospice, who are moving to new premises that will offer more services, care and support for those in need.

“It’s an amazing charity that provides so much help to those in need.”