Prayers for Her Majesty The Queen in Platinum Jubilee Celebrations in mosques and streets across Britain. 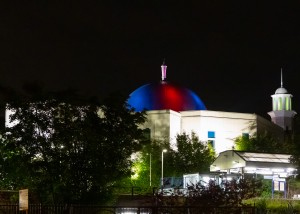 The Baitul Futuh Mosque, London is the largest mosque in Western Europe.

One of the oldest established Muslim – communities in Britain, the Ahmadiyya Muslim Community, is throwing open mosque doors to local communities to mark the Queen’s Platinum Jubilee.

Mosques in towns and cities across Britain will be filled with prayers for Her Majesty The Queen and Ahmadi Muslims will celebrate the Platinum Jubilee by inviting people into mosques and streets to enjoy refreshments. 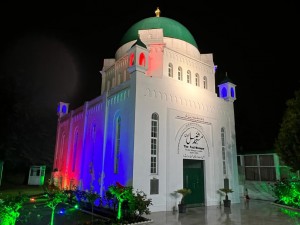 The Fazl Mosque, also known as The London mosque, is the first purpose-built mosque in London, England. It was opened on 23 October 1926 in Southfields, Wandsworth.

Ahmadi Muslims believe loyalty to your country of residence is an essential part of Islam and it is important to practice what you preach.

Members in mosques will prepare refreshments and put on fun activities for children. Residents in the vicinity of mosques will be invited in over the long weekend from 2-5 June to celebrate the Jubilee with Ahmadi Muslims.

The celebrations follow the example of the founder of the Ahmadiyya Muslim Community, Hazrat Mirza Ghulam Ahmad who sent a congratulatory message to Her Majesty Queen Victoria on her Diamond Jubilee 125 years ago in 1897. 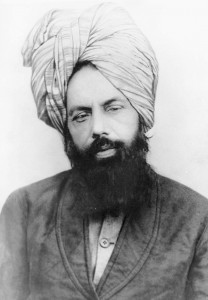 Hazrat Mirza Ghulam Ahmad (peace be on him), the founder of the Ahmadiyya Muslim Community.

“Thanks to God Who showed us this day of great joy that we witnessed the sixtieth jubilee of our honoured Queen, the Empress of India and England. Who can imagine the amount of joy this day has brought? Congratulations filled with joy and gratefulness from us to our benevolent and benignant Empress. May God keep her joyful forever! We pray to God—Who has created this earth and raised the heavens, and has put the radiant sun and the moon in our service—that may He keep our honoured ruler, the Empress of India, safe for a long time.” 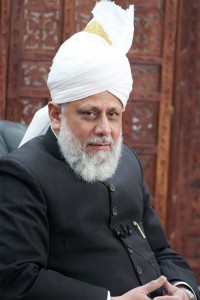 “Upon the joyous occasion of the Platinum Jubilee, I present my heartfelt and sincere congratulations to Her Majesty, Queen Elizabeth II. It is my sincere prayer that, may God Almighty, through His Grace and Blessings keep our honoured Queen forever safe and grant her continued good health, prosperity and happiness.

“May the noble Queen continue to reign with benevolence and may the attributes of justice and freedom forever remain the guiding principles of the British Monarchy and may God always guide and grant success to Her Majesty and her progeny. Ameen.”