A Covid-19 pop-up vaccination clinic was organised by the Ahmadiyya Muslim Community (AMC) at Dar ul Amaan Mosque in Manchester on 11 April 2021. 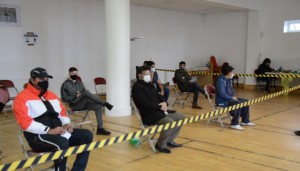 This involved several weeks of preparation to organise this event, which began with contact with 2 local MPs, Kate Green and Lucy Powell, to gain support for the event.

Both MPs offered their support and provided us with the NHS contacts, in charge of pop-up vaccination clinics. Dr  Ijaz Ahmad, a local Doctor from the AMC, made contact with the relevant NHS staff, which included Dr John Littler and Dr Huma Ghauri, two local GPs.

Two virtual meetings followed by detailed site visits to the Mosque, with NHS staff were then held. NHS staff visited the Mosque with the relevant health and safety personal. They looked at the halls, entrances, exit routes, required manpower, etc.

The Clinic itself started at 8.30am with site setup. Patients started to arrive at 10am and continued throughout the day until 4.30pm.  A total of 190 people were vaccinated, out of which 40 were from the neighbouring community .

Refreshments were provided to all the guests and NHS staff throughout the day. Lunch was also served to the 25 NHS staff.

Very positive feedback was received from the NHS staff, who were impressed with how the day was run and with the well organised army of volunteers from the local AMC. 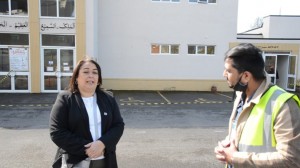 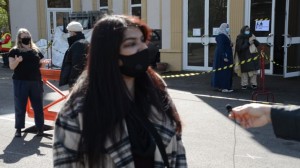