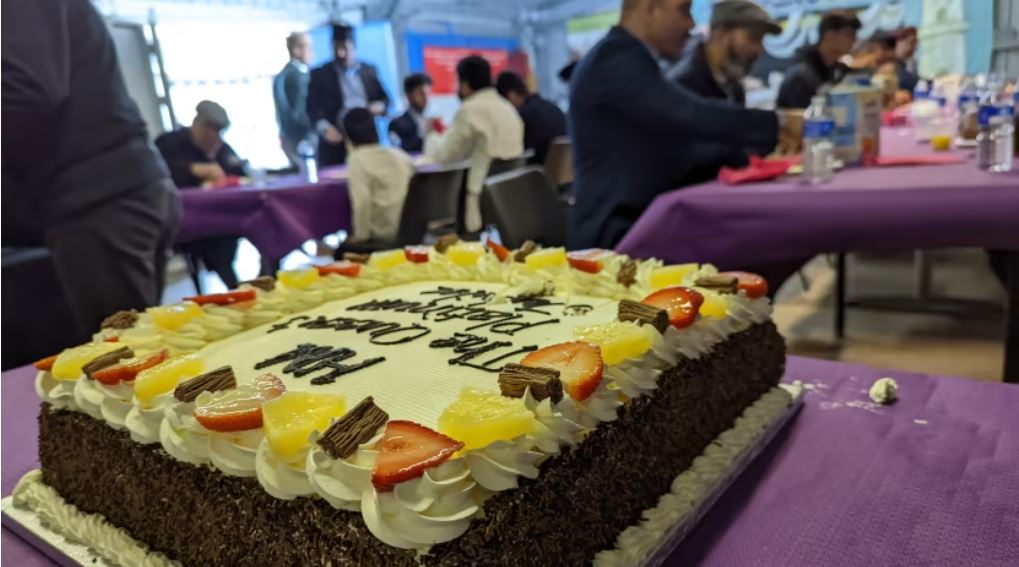 As celebrations for the Queen’s Platinum Jubilee continue for a fourth day, one mosque has opened its doors to the local community. The Baitur Raheem mosque in Cardiff is one of many across the UK hosting an event to commemorate the Queen’s 70 years of reign. Guests were able to enjoy authentic dishes and connect with those from the Muslim community and beyond.

“The biggest part is the ability to express our religion.”

Ammar Ahmad from the Ahmadiyya Muslim Association emphasised how crucial loyalty is to the country you reside in: “It’s important because Islam is a religion that reaches us that love of your country is part of your faith.

“Living in the United Kingdom, being given all sorts of rights – especially coming from an Asian background – we have been given the freedom of religion. We have also been given justice in this country. “It’s important to be a loyal citizen of this country, it’s important for us that we celebrate the Platinum Jubilee and Her Majesty the Queen.” The mosque, located in Canton, recently had plans approved for a new building to be built as a place of worship. It’s hoped the new mosque will be finished in the next couple of year for Muslims from the community to enjoy

“The biggest part is the ability to express our religion. The freedom of religion is very important to us. We are Ahmadiyya Muslims. We moved from Pakistan because we were prosecuted there. “So being able to come to a different country and be accepted. To be able to pray in any way you like is very good,” one man explained. Another attending the event said: “We feel we have the opportunity to be treated as equal citizens here and I think justice is another important factor, because we can easily acquire justice in this society.”

Many people who took part in the Jubilee event travelled not just from the capital, but from right across south Wales too. Acknowledging just how major the achievement was, one man said: “Our core belief is that we have to be loyal to the country we live in and the country we are a citizen of. “The Queen is our Head of State, so it’s important to celebrate these milestones. I mean, I don’t think this is going to happen again in our lifetime – 70 years!”