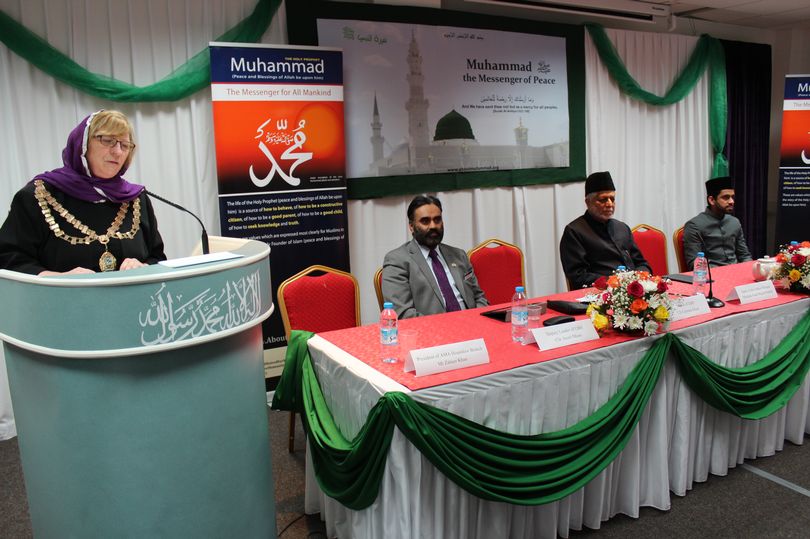 A message of peace saw people from all religious walks of life attend a gathering at the Ahmadiyya Mosque in Hanworth.

More than 75 people from Muslim, Sikh and Christian communities in Hounslow came together to learn about the life of Prophet Muhammad at the Baitul Wahid Mosque on Raleigh Way on Saturday (February 7) evening.Mayor of Hounslow councillor Corinna Smart along with deputy leader, councillor Amrit Mann, MP for Feltham and Heston, Seema Malhotra, and Hanworth Park councillor, Hanif Khan, were among the special guests who spoke on the night.The event titled ‘Muhammad, the messenger of peace’ celebrated the Prophet of Islam who remains one of the most misunderstood religious figures in history, by Muslims and non-Muslims, in an attempt to clear any misconceptions.President of the Hounslow Ahmadiyya Muslim Community, Zaheer Khan, welcomed guests and Ms Smart spoke on the subject of truthfulness, while Ms Malhotra talked about a progressive and non-pessimistic society.

Mr Mann, who has fond memories from his time as Mayor when the mosque was being built, said: “Despite his position as leader, the Prophet never believed himself to be greater or better than other people.”Councillor Khan added: “Seeing such a culminating group of people from so many different backgrounds represented from the Sikh, Jewish, Christian, Nepalese, Sri-Lankan and Muslim communities and local residents congregating in the Ahmadiyya Mosque in Hanworth Park on Saturday was a wonderful experience and a privilege to have been invited.

“I thank the organisation for putting on such an important event to highlight the importance of peace and giving examples of the beautiful character of the Holy Prophet Mohammad’s life and how he championed peace.”Imam of the London Mosque, Mr Ata-ul-Mujeeb Rashid, said: “Islam is a religion of peace and the prophet of Islam was the ambassador of peace.“According to the teaching of Islam there is no religion in the world today which promotes war or hatred.”If that is to be seen in the followers of certain religions that is because of those defaulters who do not follow the teaching of their own religion.”And the defaulters do not have the right to be accepted as the ambassador and the representative of the religion.”