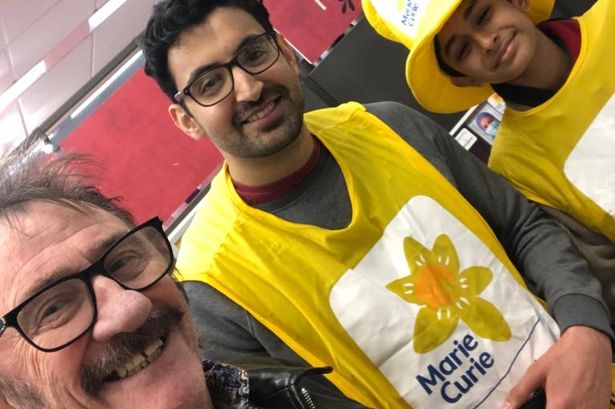 Paul Chuckle has been spotted shopping in Scunthorpe – and took time to support a charity close to his heart.

The former ChuckleVision starwas doing his shopping in Morrisons, on Lakeside Parkway, when he stopped by to congratulate volunteers supporting Marie Curie. His brother and stage partner, Barry, died in 2018 from bone cancer.

The experience of meeting a Chuckle brother was ‘overwhelming’ for members of the Ahmadiyya Muslim Youth organisation. They were taking part in a national campaign to raise money for the charity which provides care and support to people with terminal illnesses and their families.