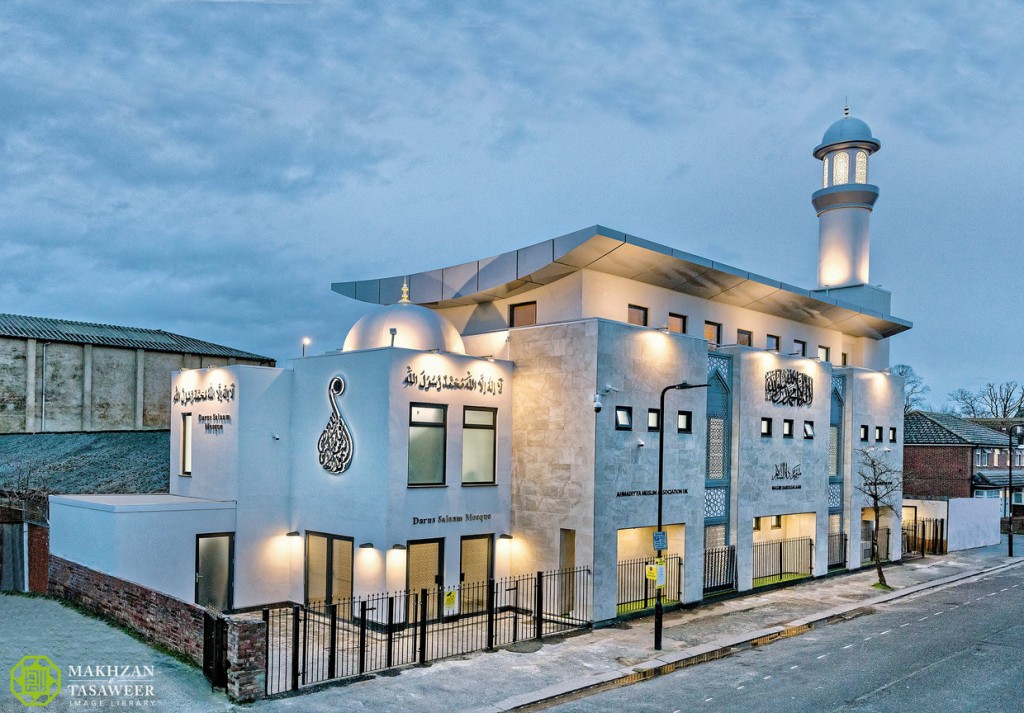 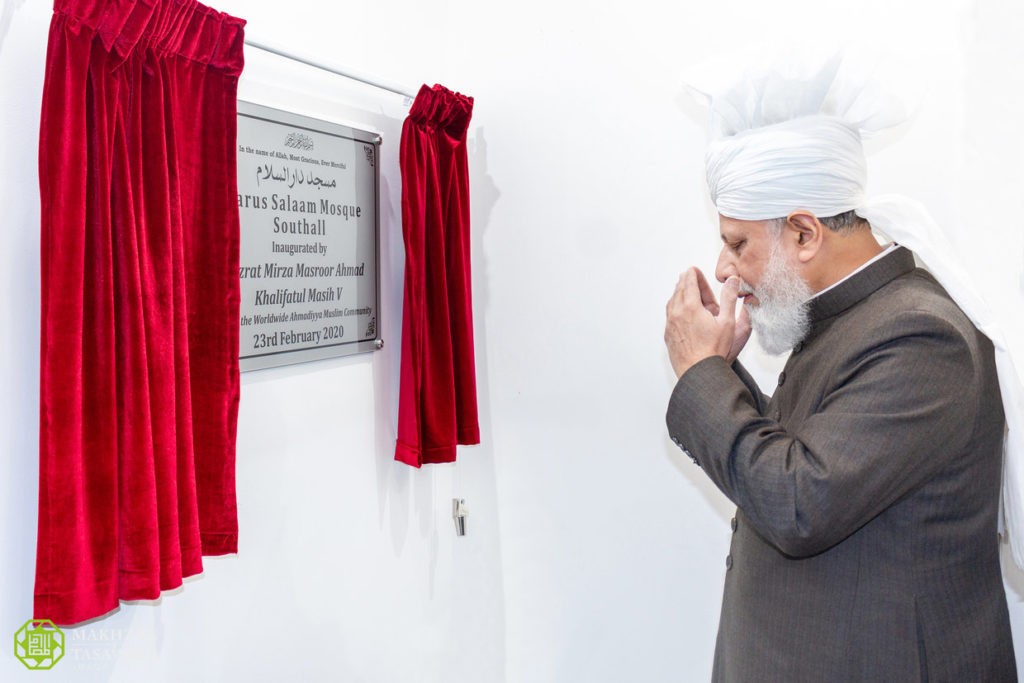 Upon arrival, His Holiness officially inaugurated the Mosque by unveiling a commemorative plaque before leading the Maghreb and Isha prayers at the new Mosque.

His Holiness also addressed local members of the Ahmadiyya Muslim Community and urged them to manifest Islam’s peaceful and moral teachings in all aspects of their lives.

Shortly afterwards, a special reception, attended by 150 dignitaries and guests, was held at the nearby Villiers High School, to mark the opening of the Mosque. 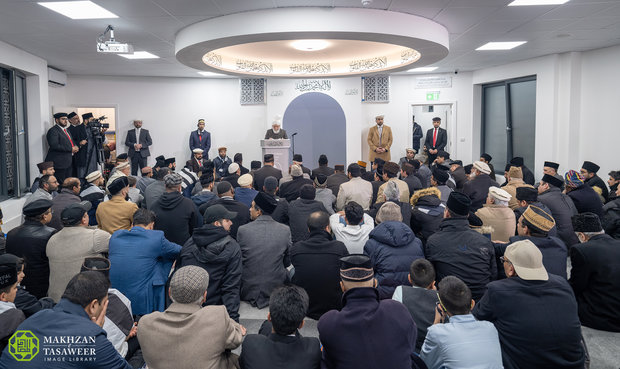 The highlight of the event was the keynote address delivered by Hazrat Mirza Masroor Ahmad during which he highlighted the role Mosques play within society as centres of worship and service to humanity. His Holiness praised the local community in Southall as a model of a successful multicultural society.

At the start of his address, His Holiness expressed gratitude to God Almighty for enabling the Ahmadiyya Muslim Community to build the new Mosque. His Holiness also thanked the local officials and residents for their support.

Citing Islam’s early history as a prime example, His Holiness stated that respect for others was a fundamental teaching of Islam and said that upon migrating to Medina, the Prophet of Islam, the Holy Prophet Muhammad (peace and blessings be upon him) established a covenant of peace known as the ‘Charter of Medina’, in order to uphold freedom of belief and to ensure the continued peace and prosperity of that multicultural society. 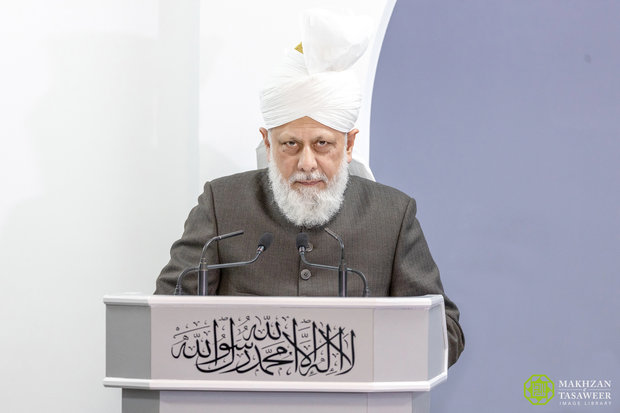 “The Prophet of Islam (peace and blessings be upon him) was elected as the Head of State. In this role, he spared no effort in ensuring that the rights of all peoples and communities – no matter whether they were Jews, Christians or tribal people who followed their own customs – were upheld and protected.”

“The Founder of Islam (peace and blessings be upon him) always abided by the terms of the covenant and instructed the Muslims to do the same. Not once did he abuse his authority or violate the terms of the agreement in any way. Nor did he ever manifest any form of injustice or discrimination towards the other communities or show any form of bias or favouritism towards the Muslims. He treated non-Muslims with compassion and was sensitive to their needs and traditions.” 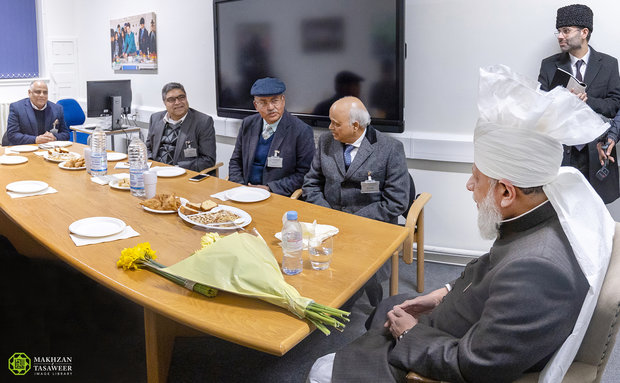 His Holiness outlined that true worship of God demands adopting the attributes of God Almighty, Who is the ‘Gracious’ and ‘Merciful’ and the ‘All-Forgiving’.

“Indeed, the Holy Quran has declared that the prayers of those who do not fulfil the rights of mankind will never be accepted by God Almighty and, to the contrary, will prove the means of their destruction… Let it be clear that it is the religious duty of every Muslim to fulfil the needs of humanity and to treat every person, irrespective of their caste, creed or colour, with grace, love and affection.”

“Without question, bringing relief to others and alleviating the physical and mental suffering of mankind is an integral part of our faith. Allah the Almighty has instructed us to cleanse our hearts of all forms of negativity and ill-will towards others and to be ever ready to serve mankind and to fulfil the needs of those who are suffering or deprived in any way.”

His Holiness drew attention of the audience to the various humanitarian projects of the Ahmadiyya Muslim Community, such as the establishment of schools and hospitals across Africa and other under privileged parts of the world.

“Serving humanity and striving to alleviate the sufferings of other people goes hand in hand with our duties to worship God Almighty.” 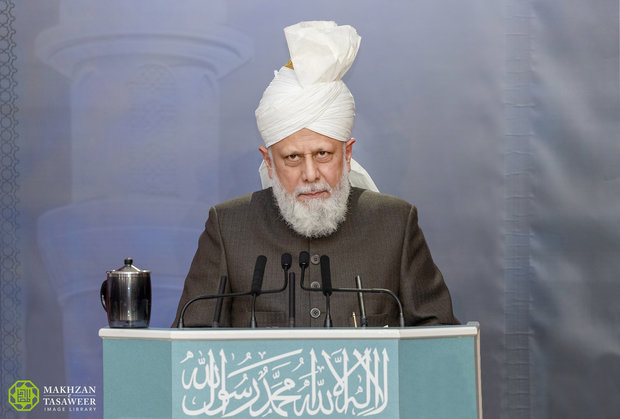 “Muslims must use their Mosques to foster peace and to develop a spirit of love and sympathy within society and this is why Ahmadi Muslims across the world raise the slogan of ‘Love for All, Hatred for None’. These are not empty words, or a statement designed to impress non-Muslims but are a manifestation of Islamic teachings and a true reflection of the noble and blessed character of the Prophet of Islam (peace and blessings be upon him).”

“I hope and pray that the people of this community will always focus upon upholding those common human values which unite us all. I pray that Southall will always be seen as a symbol of peace and harmony and an example of a diverse society in which all people live together with mutual respect and consideration for one another’s feelings.” 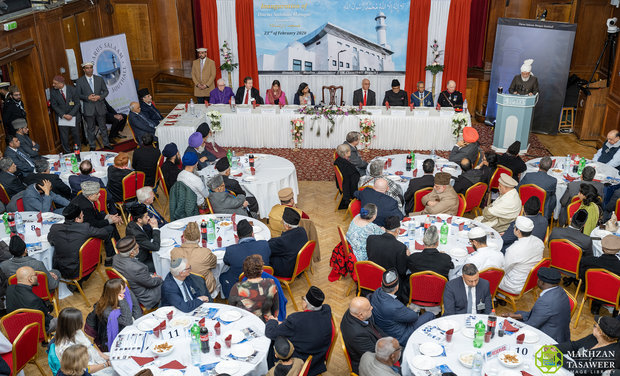 “I pray with all my heart that this mosque proves to be a beacon of light for the entire community and serves as a symbol of unity, togetherness and peace. Ameen.”

Member of Parliament for Feltham and Heston, Seema Malhotra said:

“I am very honoured to be here today for the inauguration of the Darus Salam Mosque in Southall. I know the love and service that comes through everything that the Ahmadiyya Muslim Community does, and that this Mosque will grow in its contributions and its service in the local area.”

“This Mosque will bring further the message of unity and community cohesion and will be a symbol of peace in the West London area… Your Holiness, your message and your blessings to the whole community will bring more unity, more messages of prosperity and how to live in an equal society on an equality basis in the communities.” 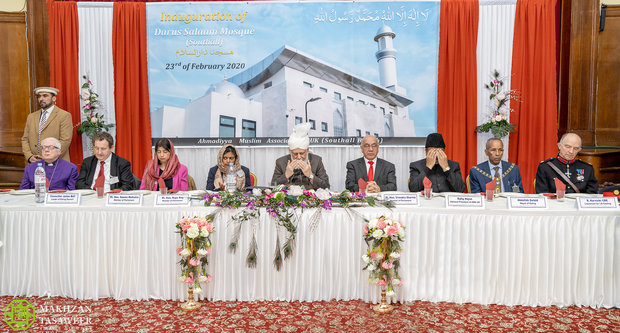 The three-storey Mosque includes two prayer halls for men and women, a multipurpose hall, offices and accommodation. The Mosque can house over 650 worshippers.