His Holiness presided the meeting from his office in Islamabad, Tilford, whilst the Amila members joined the meeting virtually from the Baitus Salam Mosque in The Gambia.

During the almost 70-minute meeting, all present had the opportunity to speak to His Holiness and to receive the guidance and instructions of His Holiness on a range of issues.

During the meeting, His Holiness said that Ahmadi Muslim students should be encouraged to enter into public and civil service. In this way, Ahmadi Muslims would be at the forefront of guiding the people of the nation towards serving their country with integrity and upholding the requirements of justice and equality in all sectors of society. 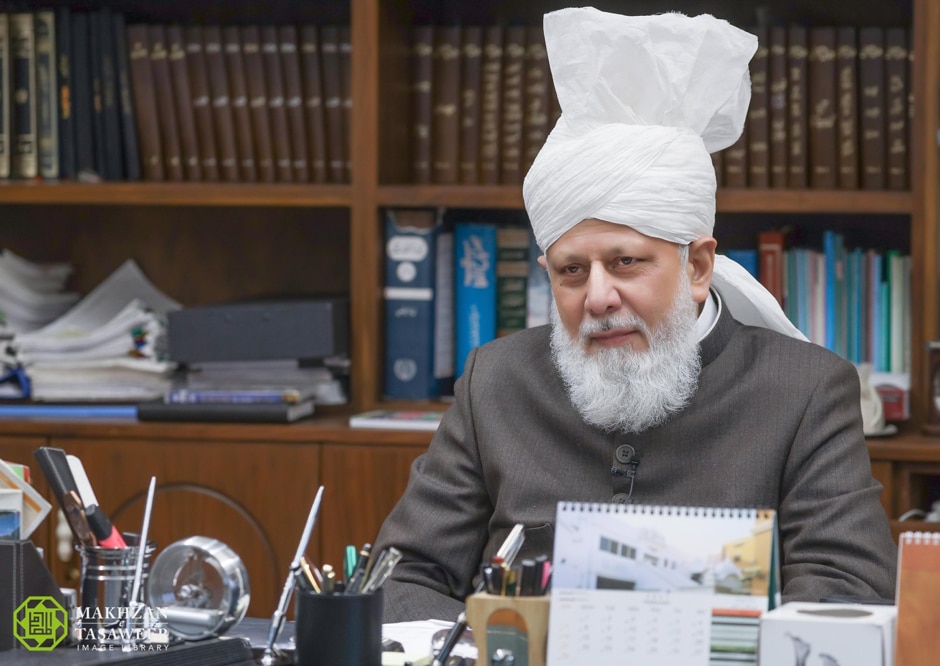 Regarding the religious training of Ahmadi Muslims living in The Gambia, Hazrat Mirza Masroor Ahmad said:

“Ahmadi Muslims in your country should be asked to read the books of the Promised Messiah (peace be upon him) that have been translated into English.”

His Holiness also mentioned the need for Amila members to lead by example and commit their time for Waqf-e-Arzi – dedicating a two-week period to help teach the Holy Quran or to convey the teachings of Islam to the wider public. His Holiness said the Amila members should go beyond their local areas and spend time in Waqf-e-Arzi away from their home towns.

His Holiness also instructed that the Ahmadiyya Muslim Community should try to develop its own farm.

His Holiness also enquired about the various schools being run by the Ahmadiyya Muslim Community in The Gambia that were providing primary and secondary education to children, irrespective of their caste, creed or colour.