Responding to the Challenge of Extremism’ an event held in the Burns Room, Scottish Parliament, 20 February 2020 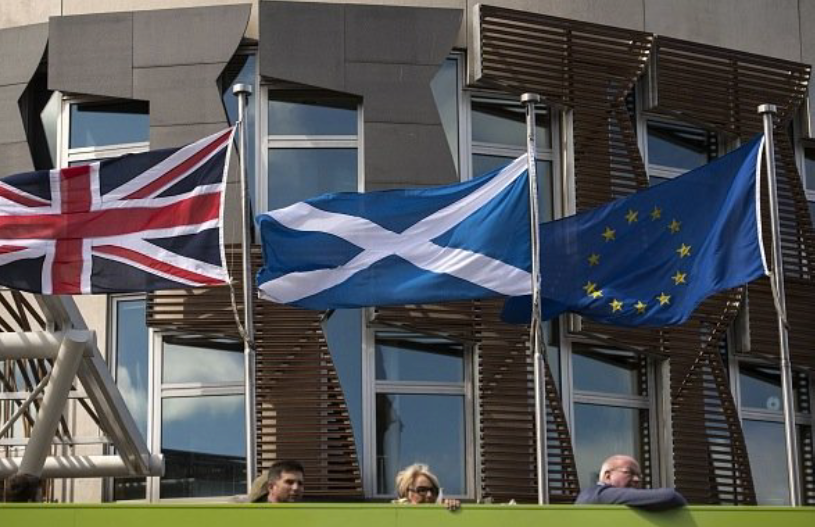 On  20th February Linda Fabiani MSP, the Deputy Presiding Officer at the Scottish Parliament co-hosted an important event with the Ahmadiyya Muslim Community, Scotland. The theme of this event was ‘Responding to the Challenge of Extremism’. The event was held to explain the Islamic view on extremism and to call for unity and solidarity among all people. 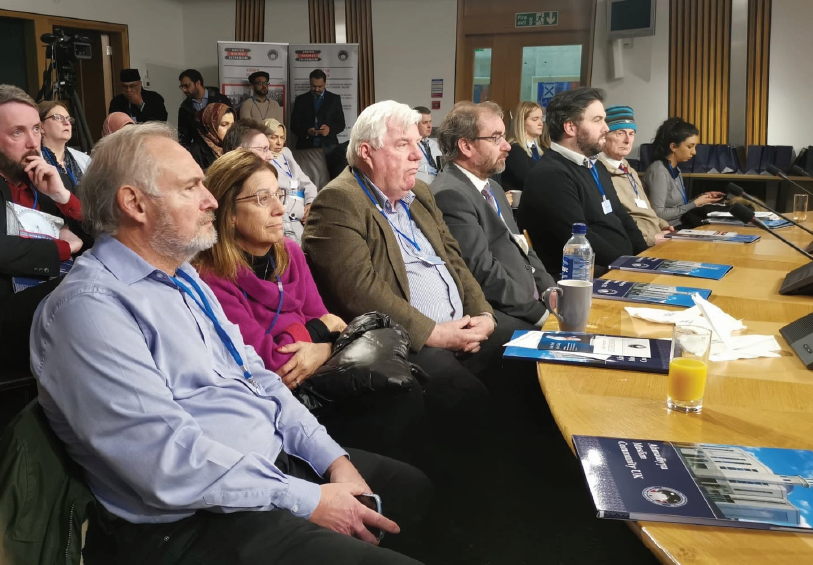 More than 70 guests attended the event, including 10 MSPs  councillors, faith and interfaith groups and community members.

Some wonderful speeches by the Dignitaries so far at the "Responding To The Challenge Of #Extremism" Event currently taking place in the #Edinburgh #Parliament pic.twitter.com/oKaVwY1oOO

Linda Fabiani MSP praised “the peaceful teachings of the Ahmadiyya Muslim Community” and said she “always comes back to hope for a new world peace.”

Sandra White MSP noted the Ahmadiyya Muslim Community’s charity work saying “I am well aware that you are doing a tremendous amount of service to humanity such as donating thousands of pounds to charities, food for the homeless, fundraising for hospitals and so on. I was satisfied with the fact that these are the teachings of Islam on which the Ahmadiyya community is based, and today’s most important program, which is against extremism, is an urgent need of the hour.”

Ian Stewart chairman Interfaith Edinburgh said: “The problem of terrorism has become a global epidemic, and unfortunately, nazi-minded groups are taking over the world in some way. The programme by Ahmadiyya Muslim Community Scotland is a bold step and a very effective response to the accusations against Islam.”

Fareed Ahmad National External Affairs Secretary for the Ahmadiyya Muslim Community UK  delivered the keynote address in which he spoke of how extremism and  blasphemy laws had existed in many countries including Scotland where it carried the death penalty until the 19th century. He noted the rise in hate crime in the UK and persecution of religious communities internationally, whereas the teachings of all religions promote peace. 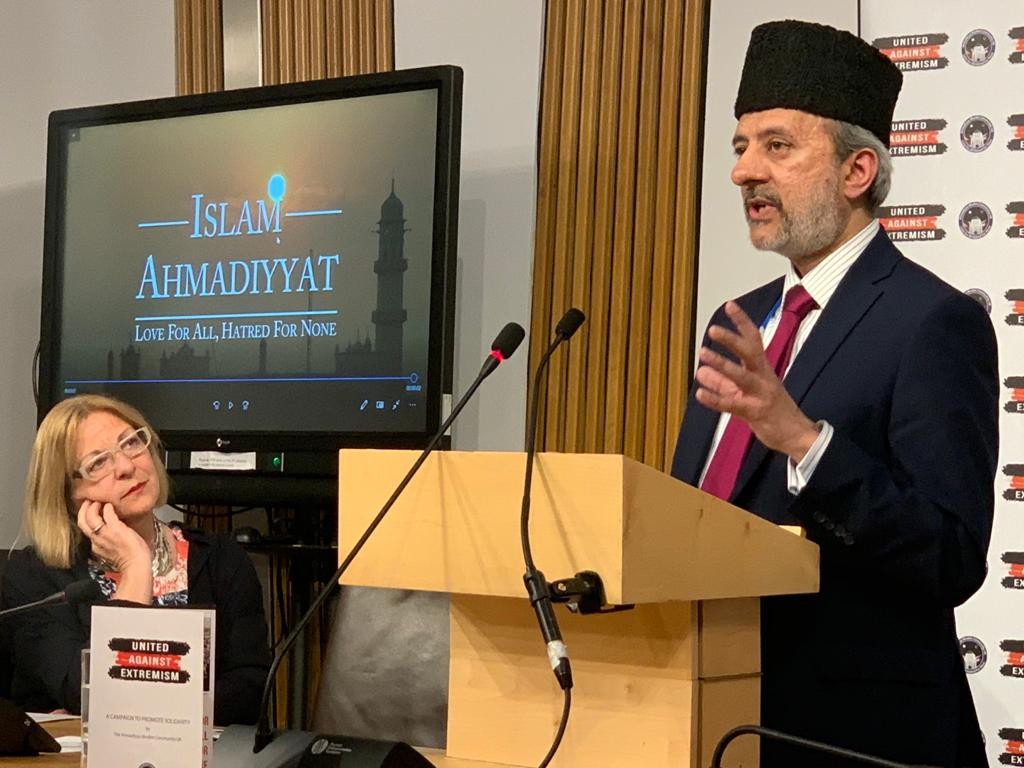 He noted that His Holiness the Head of the worldwide Ahmadiyya Muslim Community, Hazrat Mirza Masroor Ahmad  has repeatedly condemned extremism and has stressed how it is completely against the teachings of Islam. 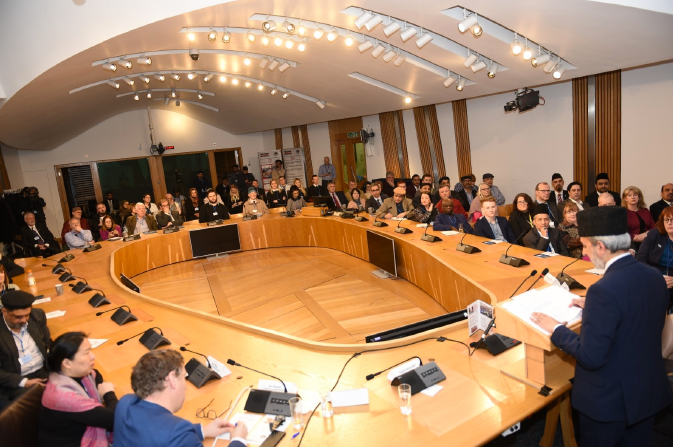 He added that His Holiness has called for justice throughout society and highlighted the Holy Qur’ans teachings of grace and mercy and how by upholding these principles and values  we can have greater compassion in society. In addition through this we can break down barriers between communities and build stronger, resilient and more peaceful societies at all levels. He read out a quote from His Holiness’s National Peace Symposium speech in 2019 that calls for respect and tolerance and the utilisation of skills to serve humanity. 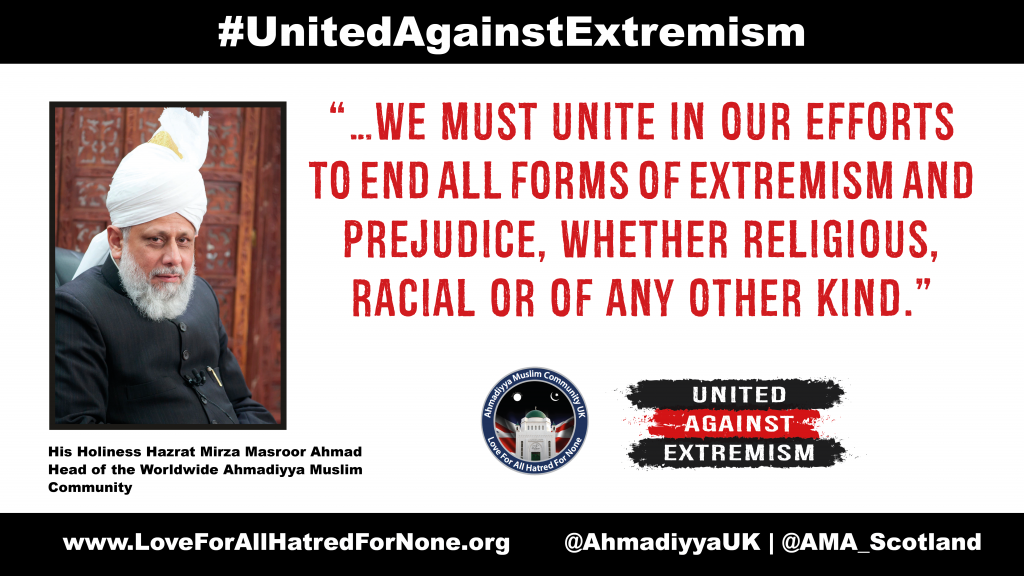 “We must unite in our efforts to end all forms of extremism and prejudice, whether religious, racial or of any other kind. …Instead of seeking to dominate others and assert their own rights, I pray that nations and their leaders come to see the benefit of fulfilling the rights of one another. Instead of laying the blame for the world’s problems on certain religions or people of particular ethnicities, I pray that we show tolerance of each other’s beliefs and customs and value the diversity within our societies. I pray that we come to see the best in humanity and use each other’s strengths and skills to build a better world for our children and to cultivate lasting peace in society.” 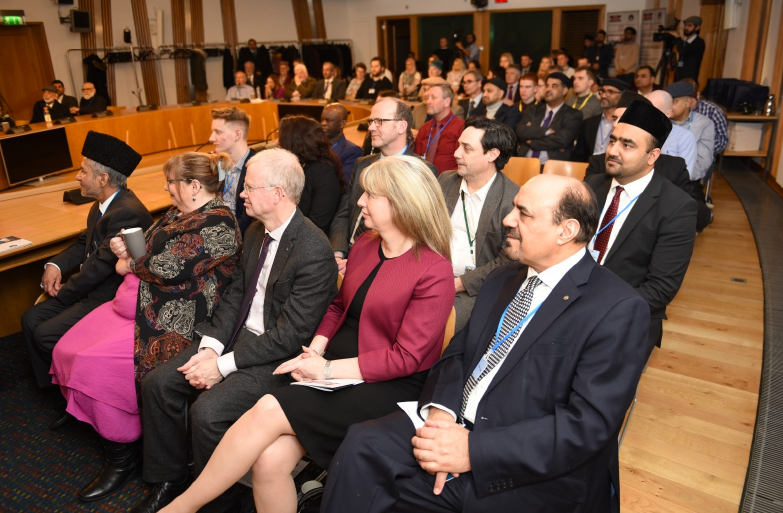 At the event the Ahmadiyya Muslim Community in Scotland also launched the ‘United Against Extremism’ campaign.

The event was covered by several media outlets including: 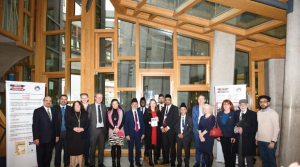 Examples of some of the feedback received via Social Media:

Linda Fabiani MSP in her tweet said: Mr Ahmad gave an excellent keynote speech today about responding to extremism – individually, Nationally and Internationally. It was calm, measured, so well-considered and appropriate. Thank you – “Love for All, Hatred for None” #UnitedAgainstExtremism @AMA_Scotland

Mr Ahmad gave an excellent keynote speech today about responding to extremism – individually, Nationally and Internationally. It was calm, measured, so well-considered and appropriate. Thank you – “Love for All, Hatred for None” #UnitedAgainstExtremism @AMA_Scotland https://t.co/kukFUyX53U

Clare Adamson MSP in her tweet said: Peace, love, understanding and common humanity. These are the concepts championed at today’s @ScotParl reception for the Ahmadiyya Muslim Community – hosted by my colleague @LindaFabianiSNP. It was a privilege to say a few words in rejection of extremism and rejection of hate.

Peace, love, understanding and common humanity. These are the concepts championed at today’s @ScotParl reception for the Ahmadiyya Muslim Community – hosted by my colleague @LindaFabianiSNP. It was a privilege to say a few words in rejection of extremism and rejection of hate. pic.twitter.com/TKmsF8fvdf

Members of @AMA_Glasgow+ other groups met today for a very uplifting event in Holyrood. Powerful keynote speech from Fareed Ahmad of @AhmadiyyaUK, chaired by @LindaFabianiSNP. A range of MSPs, incl. our very own Kelvin MSP Sandra White+ @pauline4glasgow #UnitedAgainstExtremism pic.twitter.com/IzDnrBiCYr

Speaking at the ‘responding to the challenge of extremism’ event hosted by the Ahmadiyya Muslim community in the Scottish Parliament this afternoon. pic.twitter.com/WA2nf2GRjY