Muslim volunteers come to aid of truckers stuck over Christmas 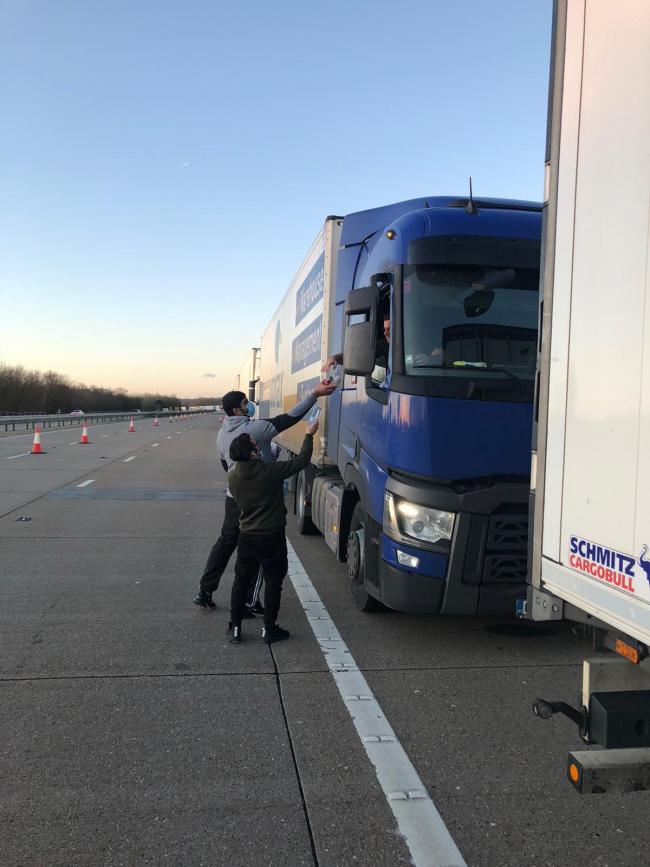 Muslim community volunteers have came to the aid of truckers in Kent over Christmas.

The Ahmadiyya Muslim community Waltham Forest was able to deliver 2,000 food and drink items to lorry drivers stuck at Manston and surrounding areas throughout the long weekend.

Adeel Ahsan, local president of the Baitul Ahad mosque in Erskine road, had been busy preparing the communities food bank campaign when he learnt of the plight of the truckers.

“There are a lot of organisations already delivering food so we thought we should assist in those efforts for those in need”, Mr Ahsan said.

“Some ladies from the Ahmadiyya Muslim community made some sandwiches whilst the bulk of the food preparation was in progress. It took about two days to prepare and coordinate everything.”

They linked in their efforts with relief teams and Kent Police working at the scene to hand deliver the food to the stranded truckers.

“The drivers were very appreciating and thankful for our efforts,” said Mr Ahsan.

“Lots of communities have been helping out and they were quite surprised.” Mr Ahsan further added “we regularly run sessions to feed the homeless throughout the year in London”.