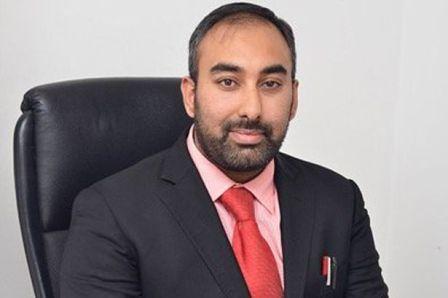 A Muslim human rights lawyer has said British followers of Islam can do more to tackle the threat of ISIS and has called for children to pledge allegiance to Britain in schools.Writing for the Sunday Mirror, Farooq Aftab said young British Muslims, along with other children, should have loyalty “ingrained” during assemblies.

Mr Aftab, who is a member of the Ahmadiyya Muslim community – a movement which began in the late 1800s – was speaking in the wake of the horrifying attacks in Paris and Mali.He said: “We, the Ahmadiyya Muslim community, would also suggest that there should be a pledge of loyalty in school assemblies in which children repeat a pledge of loyalty to their nation.

“This is a means of ingraining loyalty across the board from childhood.”Mr Aftab said he supported the government in its efforts to stop extremism, but added that there must be mutual respect.He added: “The government should encourage and ensure all religions are treated with respect. We should seek to foster an environment where people do not speak against others or their beliefs.

“It is of course OK to question a belief or to seek dialogue to further understanding but it is wrong to just needlessly criticise or abuse the beliefs of others. “With regard to dealing with organisations like ISIS, Mr Aftab said military action alone was not enough and that foreign government had to take “firm measures” to crackdown on hate preachers and extremist clerics in their countries.

The lawyer, who frequently discusses human rights matters, also said the refugee crisis should be a matter for the world – not just Europe.He said: “They (refugees) have been forced to leave their countries due to the intolerable conditions and so should be treated with love, compassion and kindness.”Rather than looking at their own interests only, nations will have to consider their moral responsibilities to those who are suffering.

“It is essential that international organisations such as the UN and governments treat this as a global issue and not just as a European issue.”There needs to be a proper coordinated plan should be made to distribute the refugees globally. Refugees should be sent across the world, rather than only focusing on Europe.

“First and foremost, the Arab countries, who are neighbours, should fulfill their roles and so countries like Saudi Arabia, Qatar, Iran, Kuwait and others should give refuge to the refugees as much as possible.”Thereafter, refugees should be sent across the world, based on a coordinated international plan. In addition to the Arab countries they should be sent to Europe, USA, Canada, Far East, Indonesia and other parts of the world.

“Taking a global response will be just and fair. No one country or continent should have to bear the entire responsibility or burden.”Proper control measures should be in place to make sure that the refugees are genuine and not posing as refugees.”

What Farooq Aftab believes Muslims should do to tackle ISIS

In Mosques, Imams and leaders should use sermons to condemn ISIS and make it clear that going to join them is totally wrong and against Islam

Earlier this year, our spiritual leader, our Caliph, gave a speech to 5,000 Ahmadi youth where he said those who are going to Syria and Iraq are being brainwashed.

He stressed this is a totally ‘false Jihad’ – and this message needs to be conveyed – that this Jihad has no legitimacy.

Muslim parents also have to play a role. They should answer the questions of their children openly (both about society and religion) – so the youth have no need to go on the internet to find answers from extremists.

Mosques should also encourage other activities such as sports so that Muslim youths can find bonding there – and not have to go to internet to find it or in worst case scenario join terrorist groups.

Extremist clerics are giving completely wrong interpretations of Quran and Hadith to support their notions – and so Mosques must give the true interpretation.