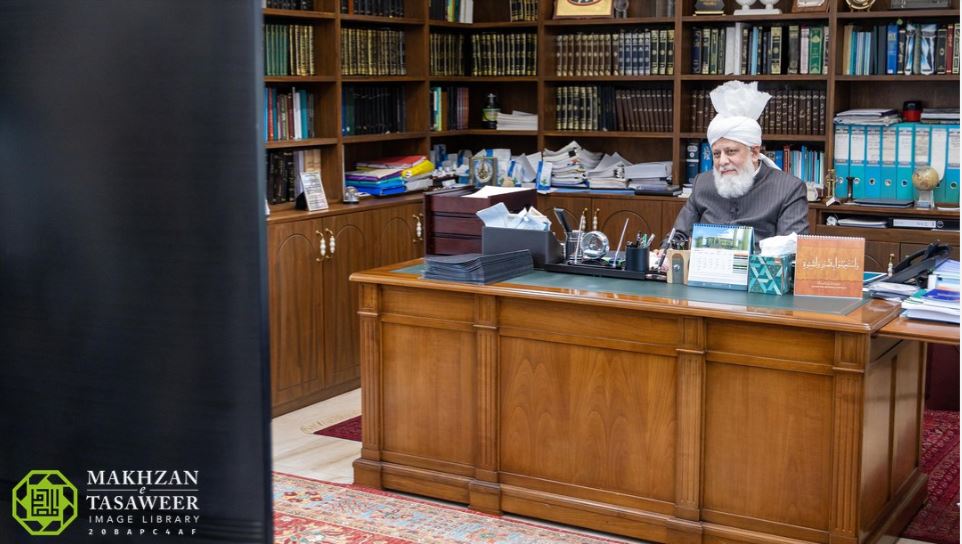 On 23 May 2021, the World Head of the Ahmadiyya Muslim Community, the Fifth Khalifa (Caliph), His Holiness Hazrat Mirza Masroor Ahmad held a virtual online meeting with the National Amila (Executive) of Majlis Khuddamul Ahmadiyya The Gambia (Ahmadiyya Muslim Youth Auxiliary).

His Holiness presided the meeting from his office in Islamabad, Tilford, whilst the National Amila members joined virtually from the MTA International Gambia Studios in Banjul. 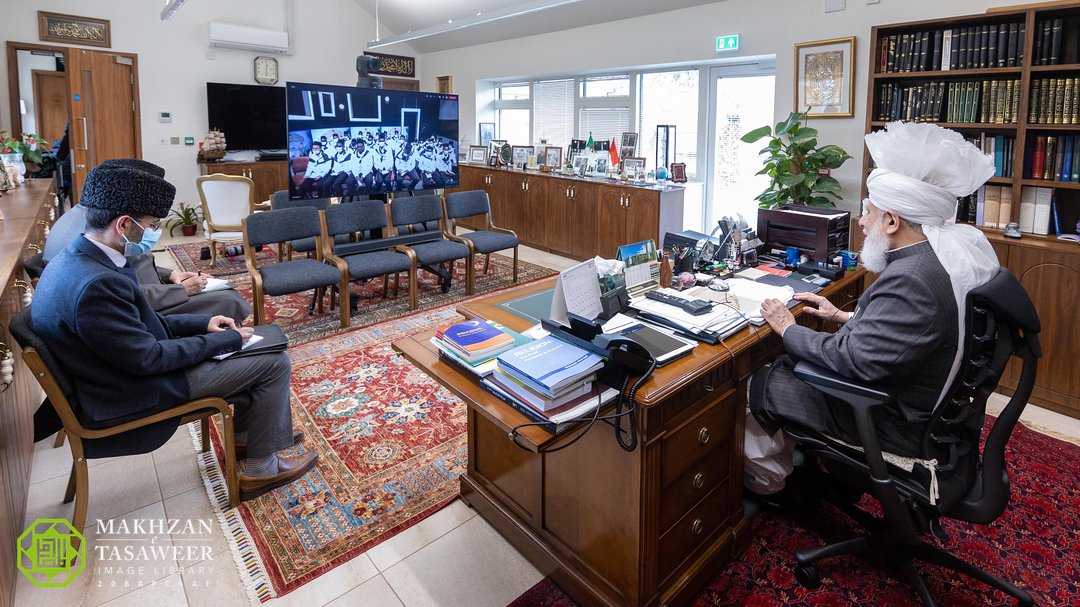 Speaking to the Mohtamim Talim, responsible for religious education, His Holiness said that specified religious books should be prescribed for the Khuddam to read.

Addressing Mohtamim Tarbiyyat, responsible for moral and spiritual training of the Khuddam, His Holiness said he should make specific targets for ensuring more Khuddam are regular in their prayers, in reciting the Holy Quran, in reading the books of the Promised Messiah (peace be upon him) and in other religious activities.

His Holiness said effective planning requires that there should be accurate data collected to understand the situation of the Khuddam and then targets should be set to make improvements. Without up-to-date information and without tangible targets it is not possible to properly judge if one’s objectives are being achieved. 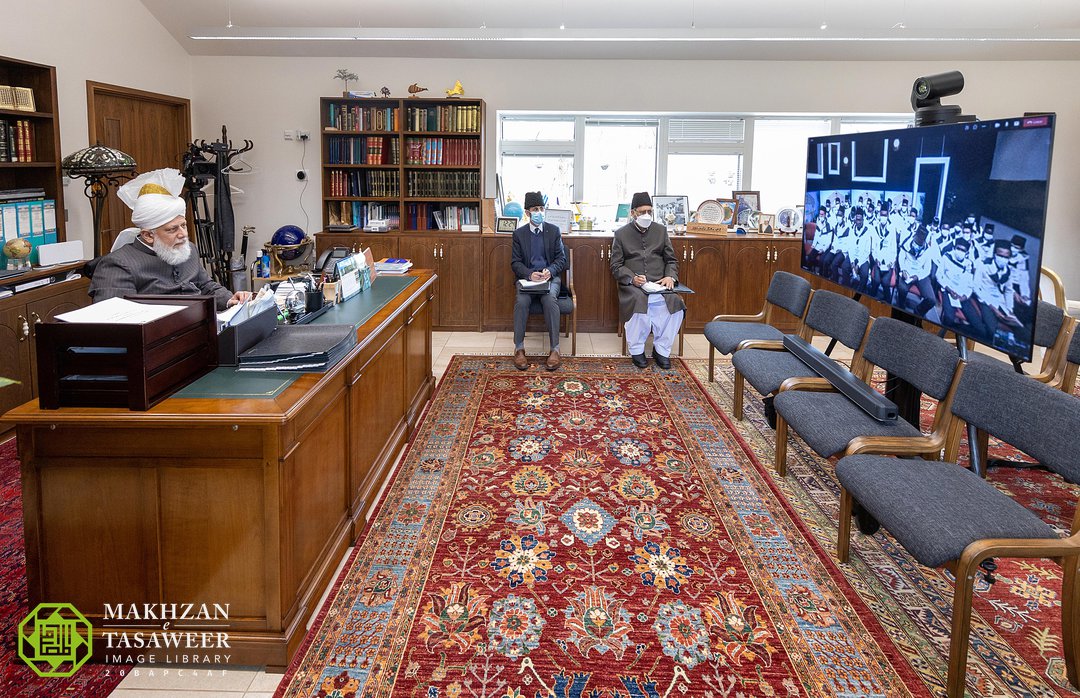 “Until you have the data you don’t know what the present position is, where you are standing and what should be your target or what you are going to achieve.”

“You have to push yourself. Nobody is coming from outside to push you (to work hard). You yourself have to push yourself. If the Tarbiyyat department is active, then all the other departments will also be active and you will see a big change among your Khuddam. They will be more attached to our Community, they will be cooperative, coming to the Mosques and trying to make personal relations with Allah the Almighty and will leave so many bad habits.”

“Try to encourage more Khuddam to go into the field of medicine and science and research.”

Mohtamim Umoor-e-Tulaba mentioned that some students were doing agriculture and education.

“Agriculture is also a good subject, as are education and law as well.” 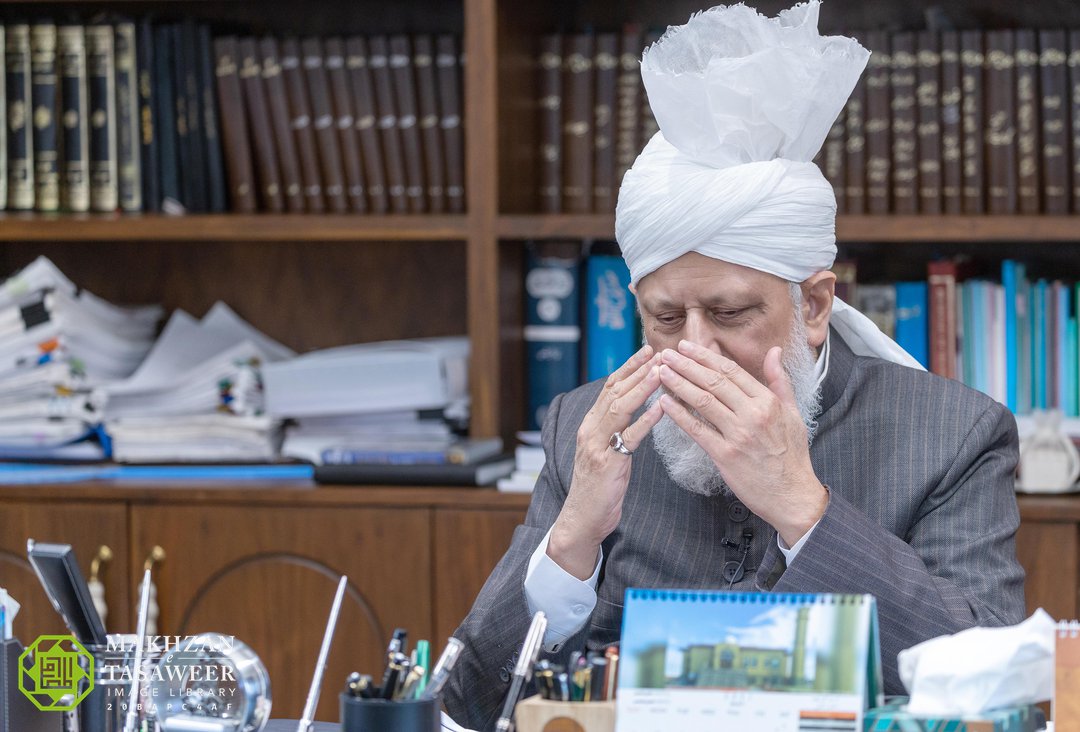 Highlighting the importance of reporting and giving feedback, whilst speaking to the National President of Majlis Khuddamul Ahmadiyya, His Holiness advised that he should ensure that reports from local chapters are regularly checked and acknowledged with feedback. His Holiness said it was imperative that national office bearers had regular and close contact with local chapters of Majlis Khuddamul Ahmadiyya in The Gambia.

As the meeting concluded one of the attendees asked how best to utilise social media for Tabligh (outreach) activities.

“You can utilise social media for preaching activities by pasting some powerful arguments through verses of the Holy Quran, sayings of the Holy Prophet Muhammad (peace and blessings be upon him) and quotations of the Promised Messiah (peace be upon him) which help you. Different types of people have different questions.”

Instructing that the members of Khuddam should remain calm and not react to provocation or abuse, Hazrat Mirza Masroor Ahmad said:

“Never react if others are using filthy or abusive language against you or they are not properly following the moral code – leave that person. So be careful – if you want to preach on Facebook and other social media then use it with all the protocols of morals and good teachings and tell them the teachings of the Holy Quran and the sayings of the Holy Prophet Muhammad (peace and blessings be upon him) and the Promised Messiah (peace be upon him).”