“Majlis Ansarullah Switzerland should make a far-reaching scheme to ensure that the basic teachings of Islam – that are of peace, love and compassion – reach every member of the public” – Hazrat Mirza Masroor Ahmad

His Holiness presided the meeting from his office in Islamabad, Tilford, whilst the Amila members of Majlis Ansarullah were gathered at the Nuur Mosque in Wigoltingen, Switzerland.

After commencing the meeting with a silent prayer, His Holiness spoke to each Amila member individually and they were each able to present a report of their departmental activities and to seek the guidance of His Holiness. 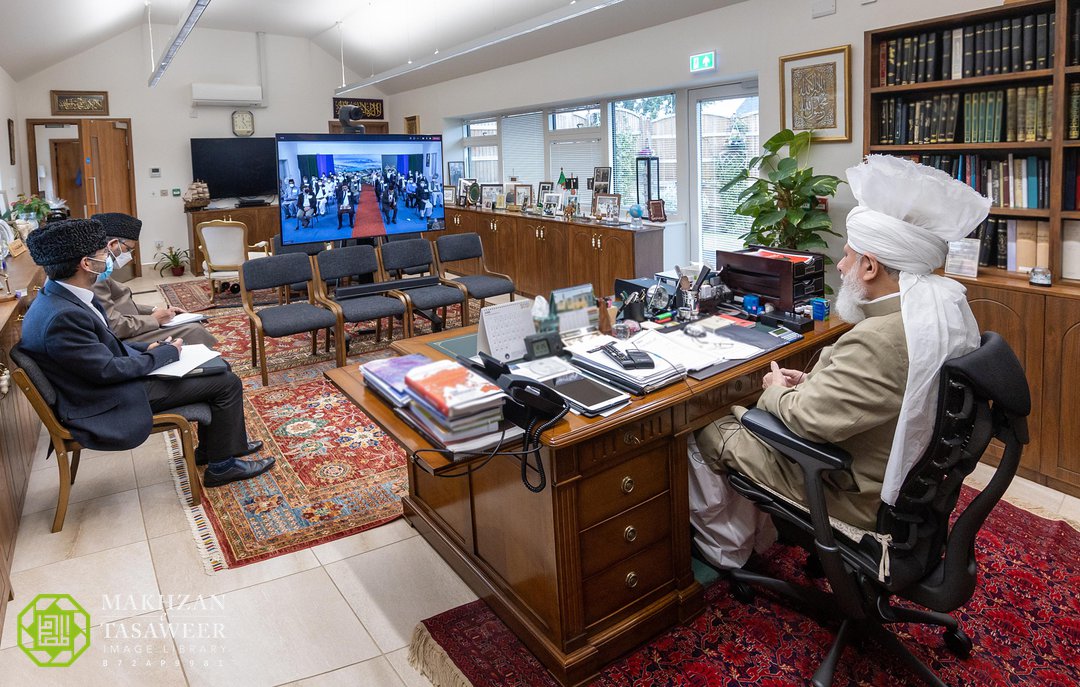 During the meeting, His Holiness instructed Majlis Ansarullah Switzerland to set up initiatives to help with the moral and religious upbringing of younger members of the Ahmadiyya Muslim Community and impressed the importance of establishing one’s own positive example.

“Members of Ansar must pay close attention towards the moral and religious upbringing of their households. It is the responsibility of Ansar to train the youth and children but, until and unless, they themselves have developed the highest moral standards and set the best possible example, how can they guide and train their own children and the youth?”

“A plan of moral training should be set up and you must place great efforts to protect and guide the generations who are to follow. As members of Ansar you have reached an older age having stayed attached to your faith. You are regular in prayers and reciting the Holy Quran and now, as they edge ever closer to the Hereafter, the Ansar must strive to ensure that those who follow remain firmly attached to their faith and follow in the footsteps of their elders. So a member of Ansar must not only worry for his own state but must be particularly concerned for the welfare of their future generations.”

His Holiness encouraged members of Majlis Ansarullah to become more physically active and to take up walking and cycling which His Holiness said would have a positive impact on their mental health and faculties and would also increase their ability to serve the Ahmadiyya Muslim Community.

His Holiness also spoke about the prejudice directed towards Islam and Muslims and stated that when facing such circumstances, Ahmadi Muslims should redouble their efforts to propagate the true and peaceful teachings of Islam. 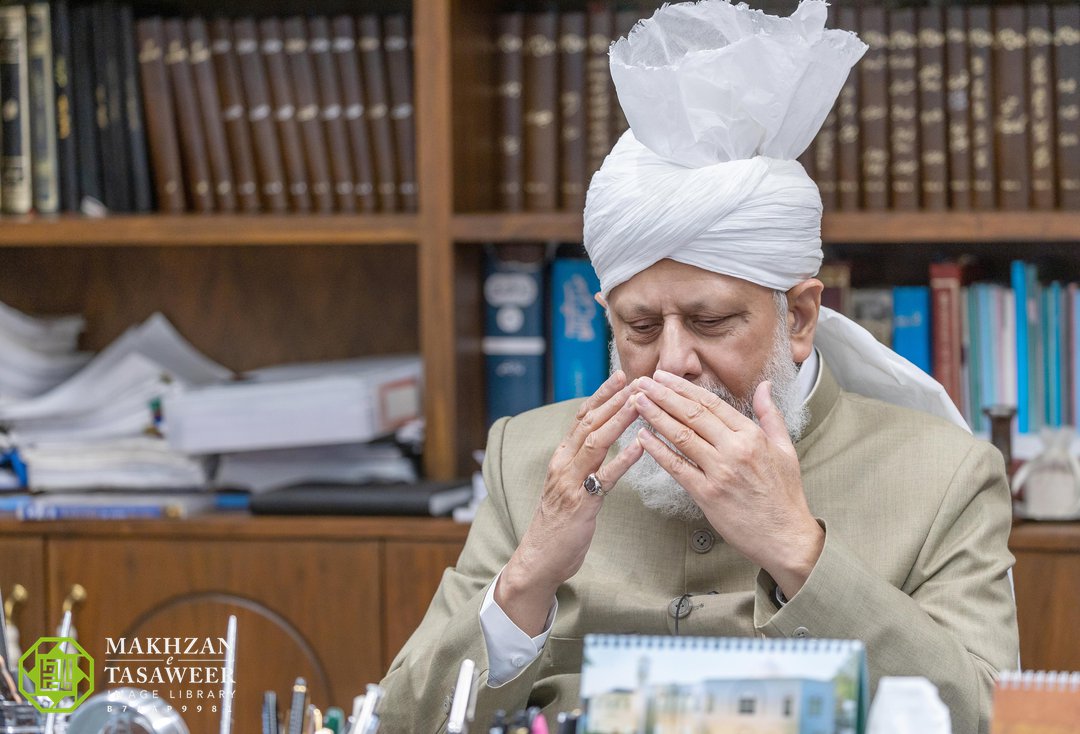 “Pay a great deal of attention towards spreading the message of Islam Ahmadiyyat. As opposition towards us increases, so too should our efforts in conveying the message of the true and peaceful teachings of Islam … The most appropriate response to the [negative] feelings and attitudes that are found here [in Switzerland] regarding Islam is that we engage in more outreach efforts.”

His Holiness mentioned that in 2009 a law was passed banning the construction of minarets in Switzerland, whilst earlier this year the Swiss public voted in favour of banning the veil (niqab) in public places.

In response, a member of the Amila gave his view that such discriminatory policies targeting Islam and Muslims were considered a ‘vote-winner’ by populist political parties.

“If a political party considers that such (anti-Islam) policies will win them votes they must have done so after assessing the mindset of the public. This means that there is this tendency in the general public to harbour these anti-Islam views or sentiments and as a result, the political parties are exploiting such issues to further their own political interests.”

Commenting upon the legal restrictions limiting the manifestation of one’s faith as a Muslim in Switzerland, Hazrat Mirza Masroor Ahmad said:

His Holiness also spoke to Mr Khadim Hussein Warraich whose son, Mr Abdul Warraich, tragically passed away earlier this year whilst descending from Mount Everest. The deceased had made it his mission to take the message of the Ahmadiyya Muslim Community to the extremities of the world, by summitting the highest peaks of the world carrying the flag of the Ahmadiyya Muslim Community.

Offering his condolences and praying for the deceased, Hazrat Mirza Masroor Ahmad said:

“I was greatly saddened to hear about the death of your son. May Allah elevate his status and, God willing, I will at some point lead his funeral prayer as well. He went for a specific (noble) purpose and until the very end he endeavoured to fulfil that objective and in this sense, we can say that his death was a martyrdom, because he had a pious purpose. May Allah reward him.”

Towards the end of the meeting His Holiness explained that when setting targets for their various departments, the members of the Amila should be realistic but also ambitious.  His Holiness particularly emphasised the Swiss Ansar to establish schemes to raise far greater awareness and understanding about the peaceful teachings of Islam.

“You should strive to introduce the message of Islam to your countrymen in such a way that it removes entirely the reservations or fears that they have in their hearts regarding Islam. The most excellent teachings of Islam should reach the people of your nation in very large numbers so that they understand what Islam truly is and what it represents. Thus, Majlis Ansarullah Switzerland should make a far-reaching scheme to ensure that the basic teachings of Islam – that are of peace, love and compassion – reach every member of the public.”

“Whether people join the Ahmadiyya Muslim Community or accept our message is out of our hands – it is Allah the Almighty who guides people, however our great task is to ensure that we convey the message of Islam far and wide. Thus, you need to carefully assess the needs of the time, the attitudes and views of the people and ascertain what literature or information is best suited to removing their reservations and fears of Islam. At the very least, you should strive to present the reality of Islam to fifty percent of the people living in the towns and cities of Switzerland. You should inform them of Islam’s teachings of peace, love and harmony and explain that whatever they have heard or seen in the media about Islam is wrong.  Perform your duties in such an outstanding way that it can be said that the Swiss Ahmadi Muslims have brought about a great revolution in the views and attitudes of the local people towards Islam.”