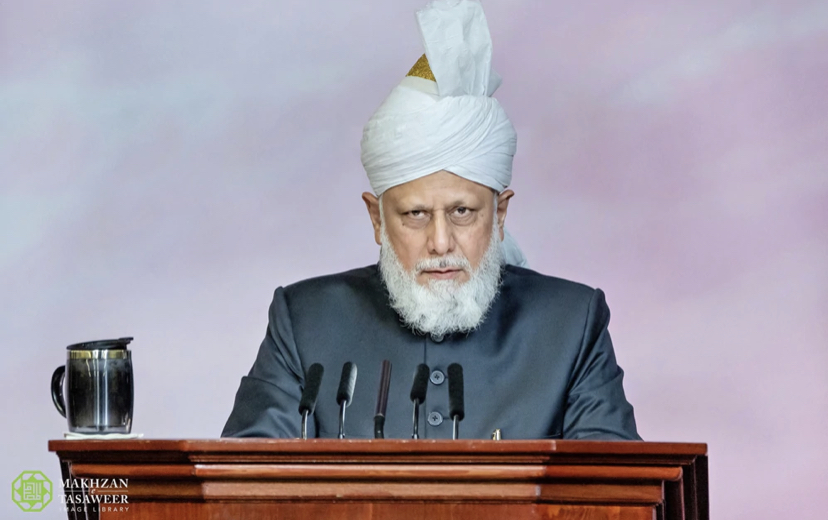 The World Head of the Ahmadiyya Muslim Community, the Fifth Khalifa (Caliph), His Holiness, Hazrat Mirza Masroor Ahmad has written a series of letters to various world leaders urging them to consider the paralysing and devastating effects of Covid-19 as a Divine warning for mankind.

Letters were also written to Pope Francis and the UN Secretary General, His Excellency António Guterres.

In his letters, Hazrat Mirza Masroor Ahmad stated that the Coronavirus had exposed the frailty of nations and human beings and expressed his conviction that the effects of the pandemic and the way that the world had been brought to a standstill were according to the Decree of God Almighty and ought to be considered a grave warning to mankind to reform and to forego all forms of injustice.

“As a religious leader and a person of faith, I believe that the tribulations of the past few weeks have occurred according to the Decree of God Almighty and as a grave warning to mankind to reform and to forgo all forms of injustice and cruelty. This pandemic is a glaring message to mankind directing the people of the world to turn towards God Almighty and to fulfil His rights and those of our fellow human beings.”

In his letters, His Holiness wrote that the economic consequences of Covid-19 were set to exacerbate and compound the misery and could easily further destabilise the peace and security of the world. As a result, His Holiness said that leaders should uphold the highest standards of justice at a domestic and international level and set a positive and noble example for their people.

“In light of the prevailing circumstances, it is my sincere and humble request that where your government is forming and enacting policies to stop the spread of the coronavirus, as the leader of your nation, you should also encourage the citizens of your country to fulfil the rights of one another and to be ready to make personal sacrifices in the cause of humanity. Similarly, your government should strive to ensure the peace and security of society, both within your country and at a broader, international level. I sincerely request that you uphold the demands of justice and integrity by seeking to fulfil the rights of your own people and of all other nations.”

His Holiness warned it was essential that today’s leaders and nations heeded the lessons of the past and acknowledged that natural disasters and lethal viruses were a warning for mankind to recognise its Creator and to fulfil the rights of God’s creation.

In his letter to the UN General Secretary, His Holiness urged him to use his platform to bring unity amongst nations.

“In my view, the pre-eminent means for the United Nations to fulfil its founding objectives is for it to bring all nations of the world together on one platform, in which each country is treated equally and without prejudice, rather than bowing to the might and will of a select number of dominant world powers.”

Writing to Pope Francis, His Holiness also conveyed the message of the Founder of the Ahmadiyya Muslim Community, His Holiness Hazrat Mirza Ghulam Ahmad, the Promised Messiah (peace be upon him) that now more than ever before it was essential that religious leaders sought to foster a spirit of tolerance and respect between the different religions of the world.

Copies of the letters will be published on the Review of Religions website, www.reviewofreligions.org on Tuesday 8thDecember 2020.

[These letters have since been published and are available at: https://www.reviewofreligions.org/26918/letters-sent-to-world-leaders-by-head-of-ahmadiyya-muslim-community-during-covid-19-pandemic/]