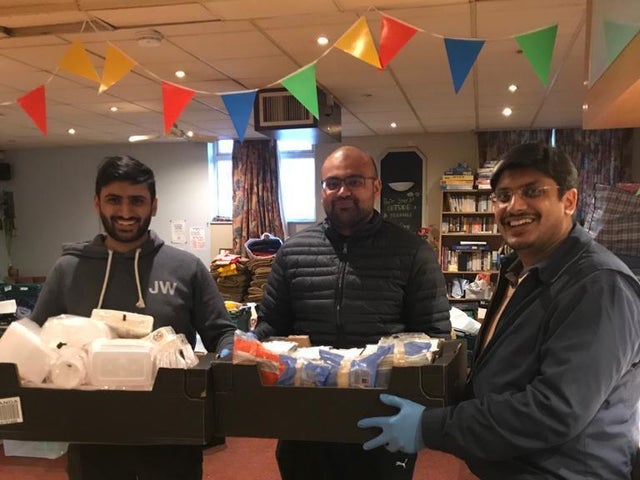 Both practical support and prayers have been given to many by the Leamington branch of the Ahmadiyya Muslim Association during the Coronavius lockdown.

The Campaign was entitled ‘Just Because you are Self-isolating, Doesn’t Mean You’re Alone’ and was rolled out across the UK and has since been replicated in the USA and Canada.

More than 700 offers of assistance were given around the town and nationally the campaign has reached thousands.

Some of the things the Leamington branch of the Ahmadiyya Muslim Association has been doing in response to the Covid19 pandemic.

Members also started a weekly foodbank collection at the Baitul Ehsan Ahmadiyyah Mosque in Riverside off Adelaide Road with more than 260kg of food having been given to the Warwick District Foodbank so far.

Cooked food, cakes and other supplies have also been provided to the LWS Night Shelter on a weekly basis by members.

The association has also raised more than £600 for the charity Helping Hands in its response to the Covid-19 pandemic and members are hoping to raise a further £1,000 for local charities by holding a Virtual Big Iftar on Saturday May 9.