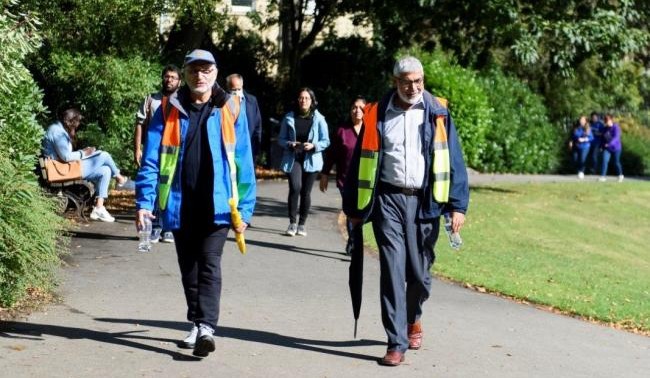 A six-strong contingent participated in the event, at Greenhead Park in Huddersfield.

Around £1,200 was raised, which will be distributed to various West Yorkshire charities.

The regional walk was part of an initiative staged by the Ahmadiyya Muslim Elders Association UK.

The Keighley walkers were among over 200 men, women and children who attended the Huddersfield event.

Several dignitaries were also present, together with representatives of eight charities.

Lutf Rehman, north-east regional director of the Ahmadiyya Muslim Elders Association, said: “I thank all the charities that attended the Walk for Peace, for their friendship and support.”

“Together we look forward to supporting the nominated charities throughout the year and raising a staggering amount of money. Members of the association have worked hard to collect hundreds of thousands of pounds for charitable causes to make a positive impact.”