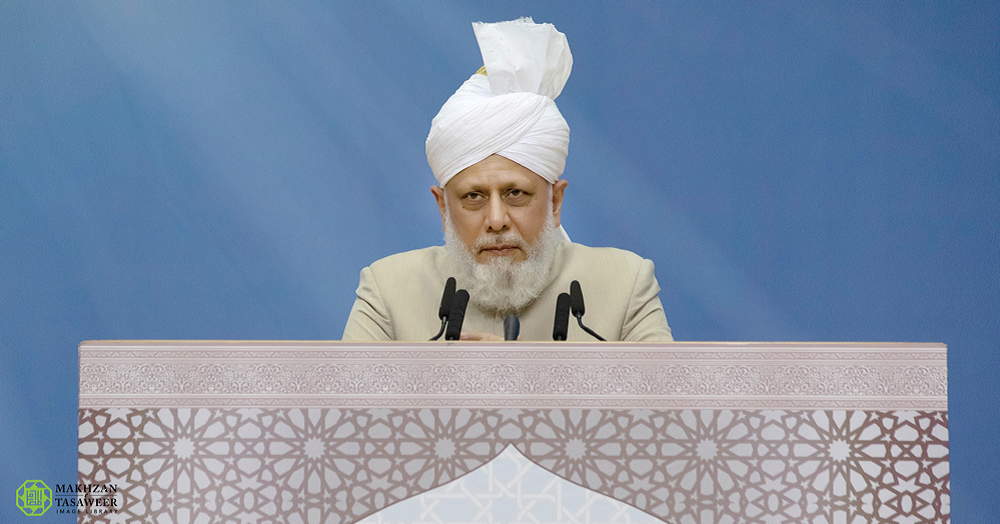 During the inspection, Hazrat Mirza Masroor Ahmad visited the various departments tasked with organising and running the event. His Holiness was briefed on the arrangements whilst he inspected the Messe Karlsruhe site. 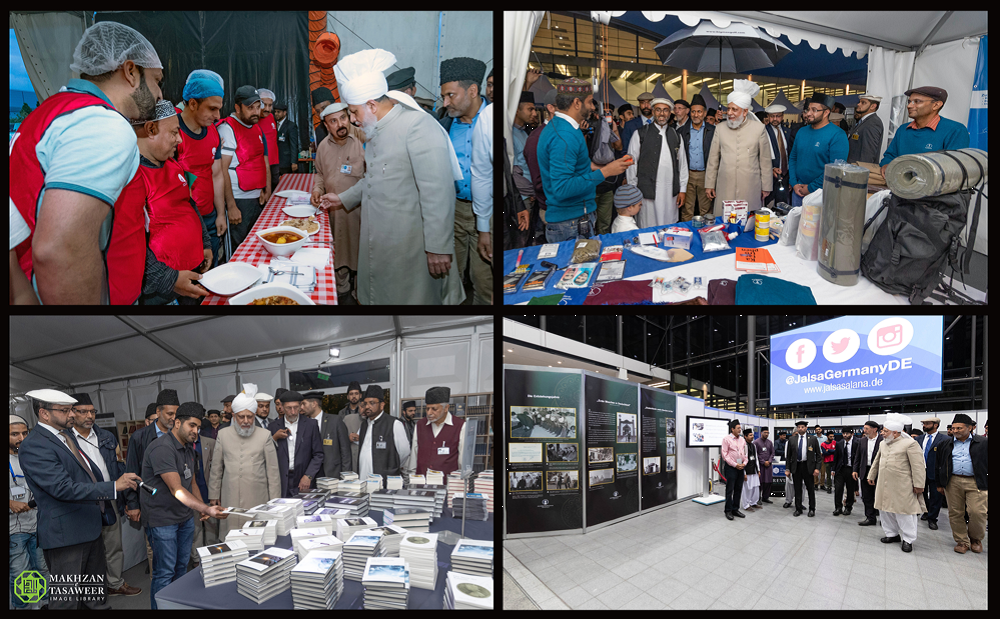 Later, His Holiness addressed many of the thousands of volunteers tasked with hosting the Convention, where he reminded them of their responsibilities as hosts of the Jalsa Salana.

He spoke of the need for year-on-year improvement in the Jalsa organisation and said that it was of paramount importance that the volunteers displayed the highest levels of courtesy and etiquette at all times.

“Most of you are now well skilled in your respective duties but I wish to reiterate that you must conduct these duties with a smile on your face at all times. In the past, some people have written to me expressing a view that there were weaknesses in this regard here in Germany and so special attention should be paid to ensure that no such complaints are received this time. No matter the circumstances, always show courtesy and treat others with kindness and patience.”

“Before this year’s Jalsa Salana UK, I also asked the volunteers there to show courtesy at all times and to display the best morals and I later received many comments from guests expressing the fact that the UK volunteers had heeded my instructions. I hope the same is the case here in Germany.”

His Holiness also said that he had been informed that Ahmadi Muslims who had come from Pakistan in the past year had performed duties for this year’s Jalsa Salana with great diligence and devotion.

His Holiness thanked them for their efforts and prayed for all of the volunteers that Allah blessed their efforts in all respects. 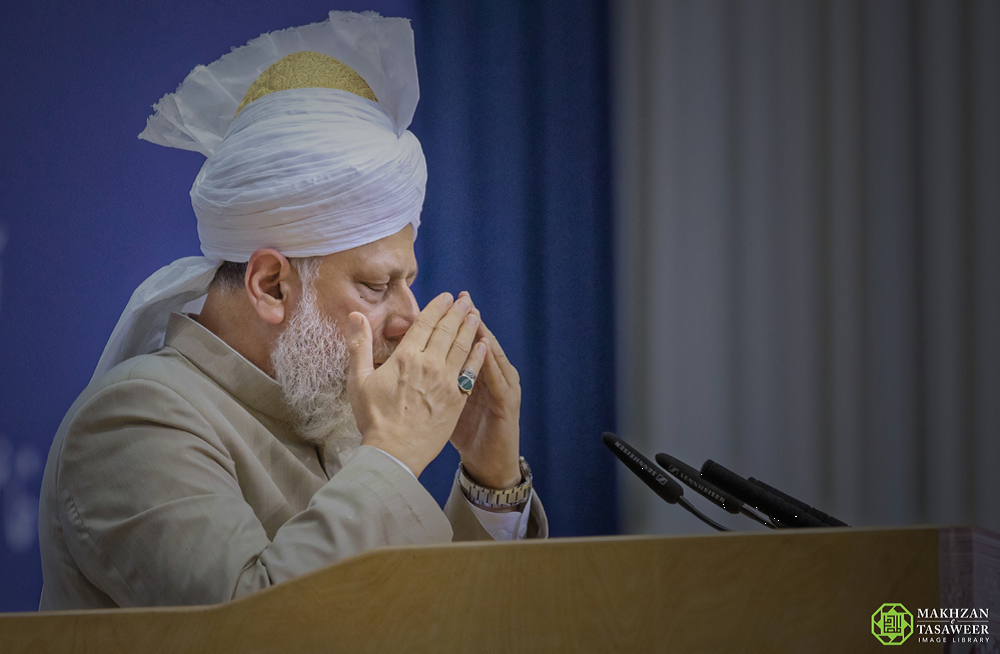 The Jalsa Salana being held in Karlsruhe will begin later today and continue till Sunday (7-9 September).