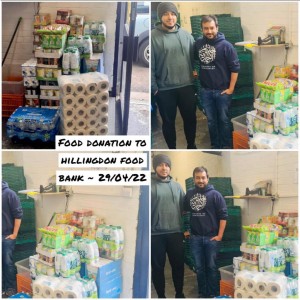 Its target was half a ton for food banks and homeless shelters in the county.

Within three days, it had raised £1,430, from which two-thirds was spent on food for banks in Hillingdon, Harrow and Neasden.

In addition, within hours of an appeal from Hayes and Harlington MP John McDonnell for the humanitarian crisis in Ukraine, members responded with charitable items for a refugee camp in Poland.

Items ranging from medical supplies to clothes, blankets and toys were donated.