Building will serve as the national headquarters of Majlis Ansarullah and Lajna Imaillah in Germany.

On 26 May 2015, the World Head of the Ahmadiyya Muslim Community, the Fifth Khalifa, His Holiness, Hazrat Mirza Masroor Ahmad inaugurated the newly acquired administrative headquarters of Majlis Ansarullah Germany and Lajna Imaillah Germany.

Hazrat Mirza Masroor Ahmad has named the 5-storey building ‘Baitul Aafiyyat’ (The House of Peace and Security).  It has a covered area that measures 11,250 square metres and was recently jointly purchased by the two auxiliary organisations. 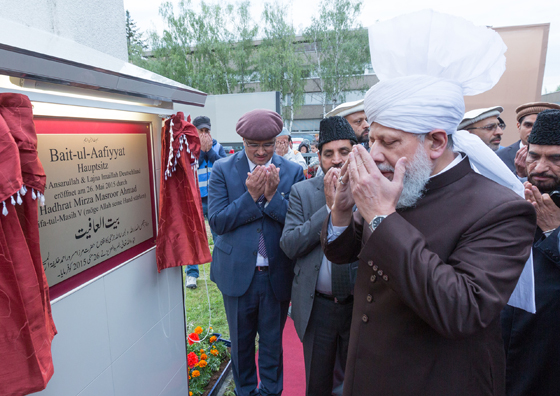 The building, which includes various offices, halls and guest accommodation facilities, sits directly opposite the Baitus Subuh mosque complex in Frankfurt. Thus, Hazrat Mirza Masroor Ahmad chose to walk to the new building, where hundreds of Ahmadi Muslims had lined the road to welcome him.

Upon arrival, Hazrat Mirza Masroor Ahmad unveiled a commemorative plaque and led a silent prayer in thanks to Allah the Almighty. Thereafter he inspected both the Ansarullah and Lajna sections before delivering a short address at the formal inauguration ceremony.

During his address, Hazrat Mirza Masroor Ahmad said that in keeping with its name, the building should be known as a symbol of peace and security for all people.

His Holiness also said that the fact that the Ahmadiyya Muslim Community was able to purchase or build such properties in all parts of the world was a fulfilment of the revelation received by the Promised Messiah (peace be upon him) of “Enlarge thy house”.

Speaking about the name of the building, Hazrat Mirza Masroor Ahmad said:

“I have named this building Baitul Aafiyyat because in today’s world there is a widespread belief and misconception that Islam is a religion of extremism. Thus, it is the duty of every Ahmadi Muslim to constantly exhibit the true teachings of Islam, which are entirely peaceful and of love and compassion. This building has been acquired only as a means of peace and security for all people as that was why the Promised Messiah (peace be upon him) was sent.”

Hazrat Mirza Masroor Ahmad also counselled the members of Majlis Ansarullah regarding their duties and moral conduct. His Holiness said that they should always manifest the very highest standards of morality, both within their homes and outside. He said that as guardians of their homes it was their duty to always treat their loved ones with the greatest respect and to provide comfort for them, to protect them and to fulfil all their needs. 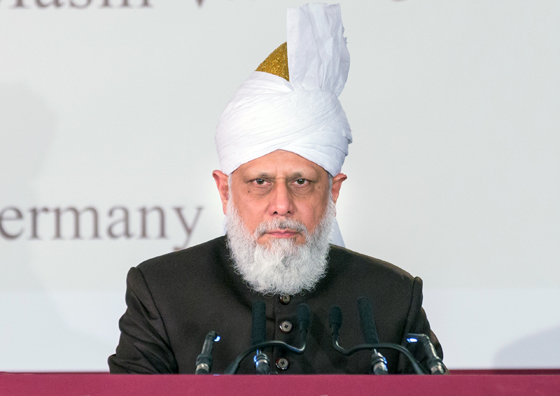 To the members of Lajna Imaillah, His Holiness said that they should never bear any form of complex about their faith. He said that Islam was that religion which had given true freedom and liberty to women. His Holiness said that Ahmadi Muslim women should follow the commands of Allah rather than be influenced by the latest worldly trends or fashions.

“Today with the Grace of Allah, the Ahmadiyya Muslim Community has spread to 206 countries of the world and rather than tiny wooden sheds, Allah has bestowed upon us very large buildings with solid foundations in all parts of the world. Thus the prophecy within the revelation ‘Enlarge they house’ has been fulfilled on countless occasions throughout the world, Alhamdolillah.” 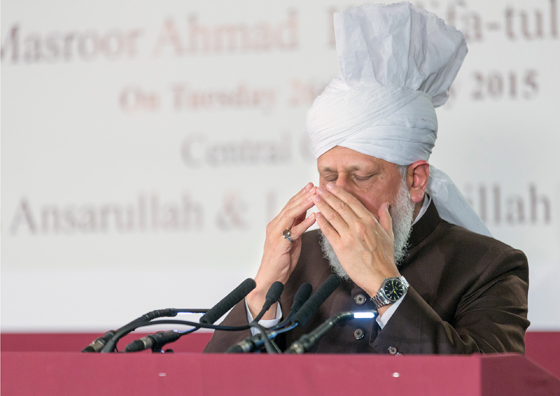 He also informed that the late Hazrat Maryam Siddiqa Sahiba (Choti Apa), the wife of Hazrat Khalifatul Masih II (ra), visited the building in her capacity as the central President of Lajna Imaillah and addressed Lajna Germany during that time.