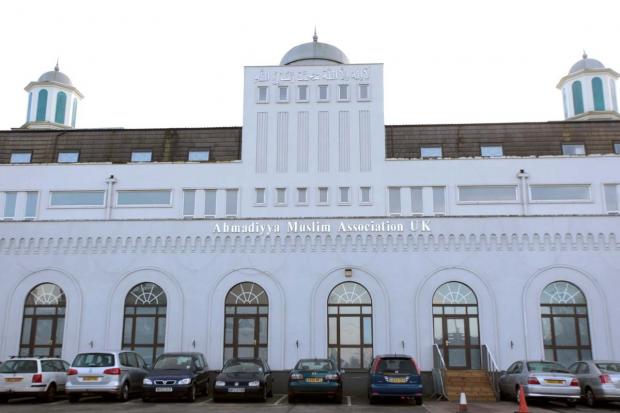 Following the funeral on Saturday of murdered shopkeeper Mr Asad Shah of Glasgow, the Ahmadiyya Muslim Community UK has called for urgent action by the Government to tackle the undercurrents of radicalisation in the UK.

Mr Shah, a member of the peace-loving Ahmadiyya Muslim Community was killed on 24 March, described by police to be a religiously motivated murder by a Muslim. The Ahmadiyya Muslim Community UK has been shocked by this brutal attack and has expressed its concern that this reflects the impact of growing intolerance and anti-Ahmadi hate in the UK. It notes that whilst this is being promoted by a tiny minority it is having a negative and divisive impact and the murder of Mr Asad Shah is a wakeup call for the Government and authorities to take urgent and decisive action.

The Ahmadiyya Muslim Community has faced decades of persecution in Pakistan where extremists preached hate against the community and the Pakistan Government’s failure to reign in the terrorists has seen such hate increase and target other communities as well.

Mr Rafiq Hayat, National President, Ahmadiyya Muslim Community UK, said:
“The horrific killing of Mr Shah is heart wrenching. We have been warning about the signs of hate being preached in the UK for many years and our concern is that if left unchecked it will grow and destroy the harmony of our society.

“There must be no tolerance of intolerance and all leaders at every level of society and in all spheres of life must take a principled stand against such extremism. It must not be acceptable to turn a blind eye to the promotion of hate by labelling people apostates and deeming them to be worthy of death simply because you have different beliefs or understandings.

“We have seen such hate and prejudice surface against our community on satellite television in the UK, in mosques, schools and even in local government. We are a peace loving community and will never strike back, for Islam teaches us to pray and persevere if we are to achieve lasting peace. However, in Pakistan we have seen how extremism spreads from targeting and killing Ahmadis to targeting and killing others, as evidenced by deadly attack on Christians in Lahore this Easter Sunday, and this must not be allowed to happen here.

“People must have freedom of religion and belief, and whilst there can and should be debates there must be no room for coercion or violence.“It is a tragedy that we have had to witness the loss of an innocent member of our community as we have seen the warning signs of this for some time. The UK has a proud tradition of law and order and of justice. We hope that the Government will use every means to curb this radicalisation and tackle head on those individuals and organisations who seek to promote hate and violence either directly or indirectly. This must be a red line if we are to have any chance of preserving our society and our freedoms.”

The Ahmadiyya Muslim community expressed its sincere appreciation to the people of Glasgow who have held vigils and raised funds in the memory of Mr Shah.

Mr Abdul Abid, President Ahmadiyya Muslim Community Scotland, said:
“The sympathy we have seen shows the kindness and compassion of Glaswegians and the people of Scotland and for that we are very grateful. This is a stand for peace and against extremism and I hope we can honour the memory of Mr Shah by redoubling our efforts to stand united against extremism.”

As a visible sign of solidarity with the Scottish people, against intolerance and extremism, Ahmadiyya Muslim Community has sponsored 100 buses to run in Glasgow, Edinburgh and Dundee for two weeks starting 11th April.
The Ahmadiyya Muslim Community UK is one of Britain’s oldest Muslim communities, having been established here since 1913. It now has 129 branches across the UK with its headquarters at Britain’s largest mosque, the Baitul Futuh Mosque in south London. It is currently running a nationwide campaign ‘United Against Extremism’ to highlight the true teachings of Islam and its Islam’s rejection of extremism. Further details can be found at