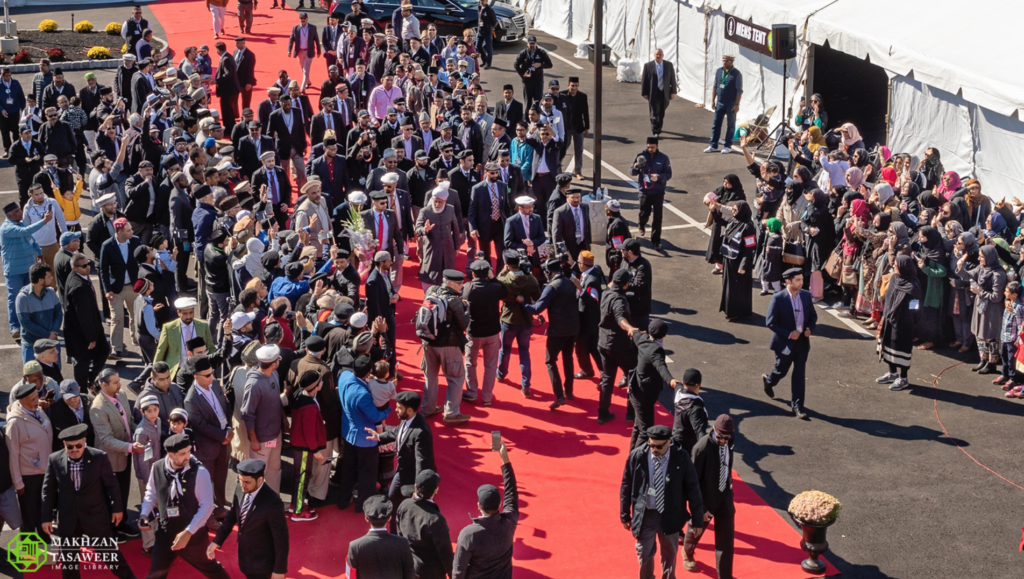 On 17 October 2018, the World Head of the Ahmadiyya Muslim Community, the Fifth Khalifa (Caliph), His Holiness, Hazrat Mirza Masroor Ahmad travelled to Philadelphia to inaugurate the Baitul Aafiyyat Mosque. 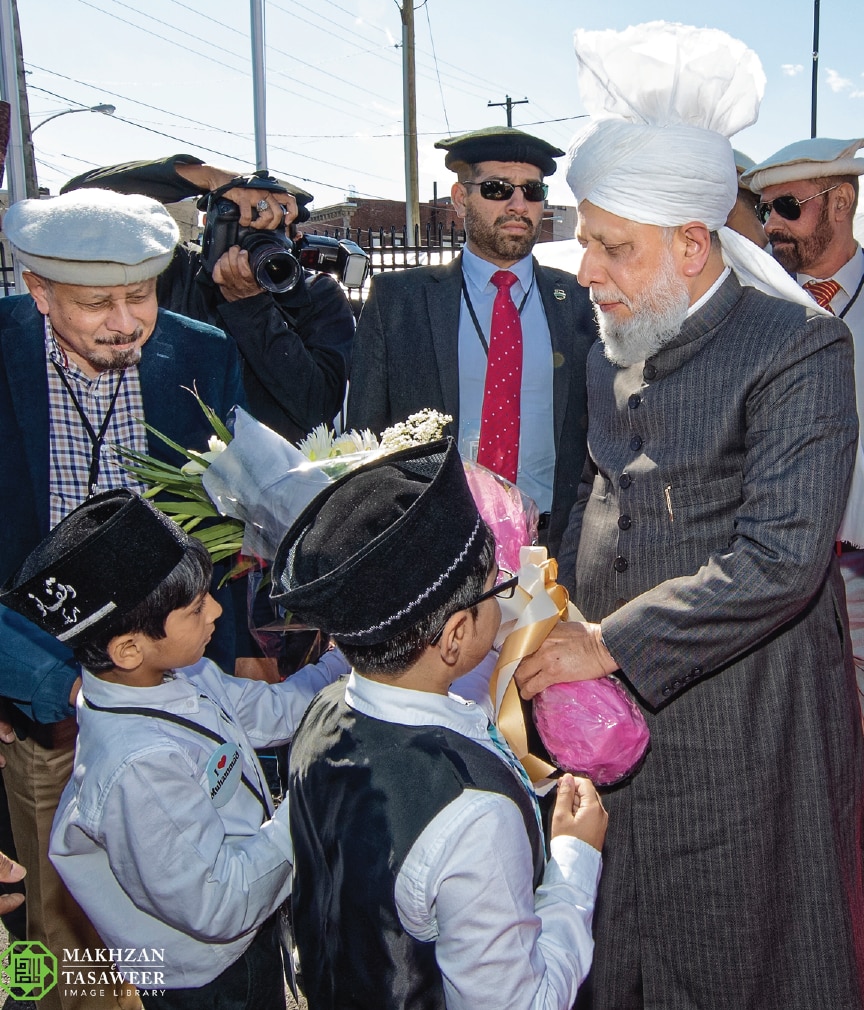 On his first visit to the city, His Holiness arrived at the Baitul Aafiyat Mosque at 1.35pm and was welcomed by hundreds of Ahmadi Muslims. Shortly after arriving, His Holiness inspected the new Mosque premises before leading the Zuhr and Asr prayers. 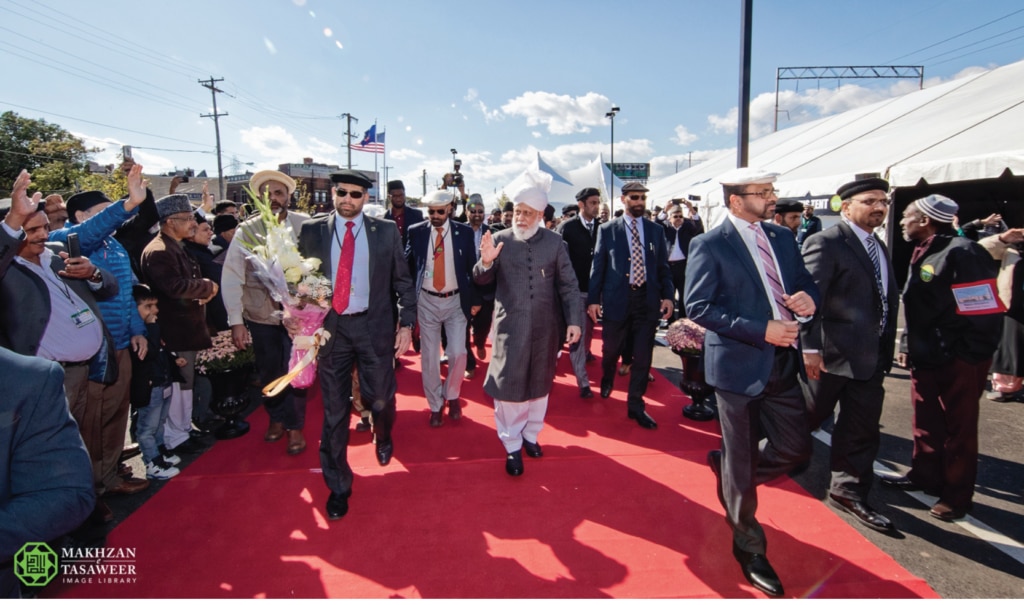 Later, His Holiness personally met with hundreds of Ahmadi Muslims, who had travelled from various cities to meet their spiritual leader and to seek his prayers and counsel. 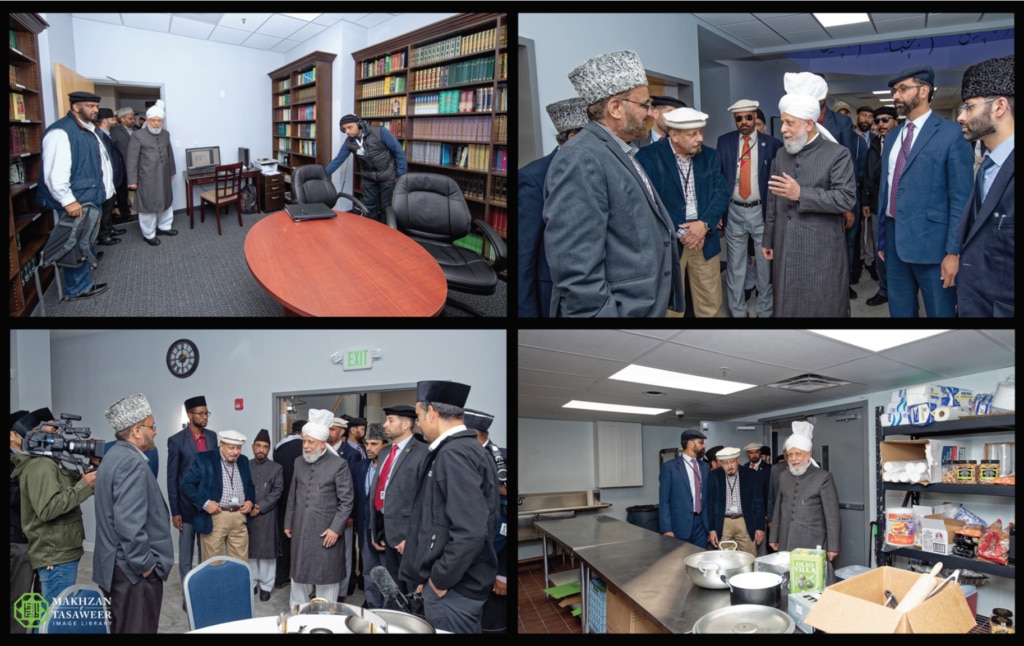 His Holiness is due to inaugurate the Mosque with this week’s Friday Sermon and is also due to deliver the keynote address at a special reception being held to mark the inauguration of the new Mosque.

His Holiness is currently on his fourth visit to the United States since being elected as Caliph in 2003.