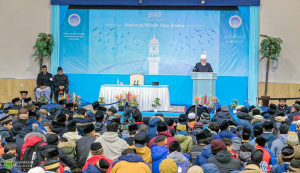 The event took place at the Baitul Futuh Mosque in London and was attended by more than 1600 people, including over 1,400 members of the Waqf-e-Nau scheme.

During the address, His Holiness spoke of the high moral values Waqf-e-Nau should aspire to attain in order to bring about a moral and spiritual revolution within themselves and the wider world.

His Holiness said the number of Waqf-e -Nau boys in the UK was now over 3,200 and thus significant enough to bring about a positive spiritual revolution within the Ahmadiyya Muslim Community. However, His Holiness said, it required the Waqf-e-Nau to fulfil their pledge of devoting their lives for the cause of their faith and to become “shining stars of Ahmadiyyat.”

“After renewing your pledge (of Waqf-e-Nau), freely and independently, you must be mentally prepared for the sacrifices required and be ready to live your lives in full accordance with Islam’s teachings. Every member of Waqf-e-Nau should constantly have a fear of Allah in his heart knowing that He is watching everything that we do.” 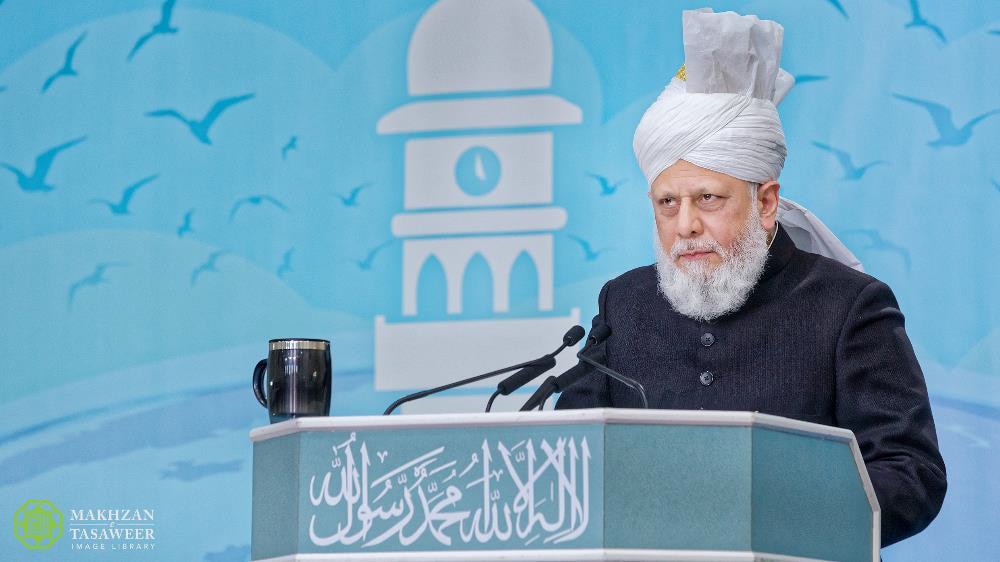 In order to achieve the spiritual revolution and help spread the teachings of Islam, His Holiness emphasised the need for Waqf-e-Nau to join Jamia Ahmadiyya, the Ahmadiyya Muslim Community’s college for training Imams.

His Holiness added that those in other fields also had a duty to increase their religious knowledge by studying the Holy Quran, the sayings of the Holy Prophet Muhammad (peace be upon him) and the books of the Founder of the Ahmadiyya Muslim Community, Hazrat Mirza Ghulam Ahmad, the Promised Messiah (peace be upon him).

“When you are young it is easy to become angry over small things, but as Waqf-e-Nau you should control your temper and show patience at all times. Furthermore, when you interact with other people, you should speak kindly and your conduct and manners should be exemplary. Seek ways to help and assist others and try to solve their problems. Consider the pain of other people as though it is your own and give comfort to them.”

“It is very easy to display good behaviour in front of a few people occasionally or to appear open-hearted over those matters where you do not have a personal interest. However, the real test lies when you yourself have a personal interest or face some difficulties. It is at such times that the true character and moral fibre of a person is shown and so, as members of Waqf-e-Nau, you should remain truthful and good-mannered at all times and in all circumstances.”

During the address, His Holiness said that a significant proportion of non-Muslims had misconceptions and concerns about Islam, which the Waqf-e-Nau should strive to eradicate and that they should join efforts to show that Islam is a religion of peace and compassion.

His Holiness also said that Waqf-e-Nau should have an exemplary relationship with Khilafat-e-Ahmadiyya.

“More than others, members of Waqf-e-Nau should seek the nearness and guidance of Khilafat at all times. You should be examples of obedience and should strive to understand and fulfil whatever instructions the Khalifa of the Time gives to the members of the Jamaat.”

“When it comes to morality and spirituality, always seek to progress and advance. Never think that you have achieved all that is required and have now fulfilled your objectives. Indeed, the Promised Messiah (peace be upon him) said that a true believer should never become satisfied but should always seek to increase his relationship with Allah the Almighty and to increase in righteousness. If you have this spirit then Insha’Allah [God willing] you will be successful because Allah the Almighty helps those who are ever restless in their efforts to gain His nearness.”

His Holiness said that Ahmadi Muslims should view the Holy Quran as the “guiding light at all times” and base their decisions on the teachings of Islam.

His Holiness stated that the Waqf-e-Nau are the ‘future ambassadors’ of the Ahmadiyya Muslim Community and so should set the best examples from childhood for others to follow.

“If your conduct is according to Islam then you will not only benefit yourselves, but you will also be a means of pride for the Ahmadiyya Muslim Community and become an example to others as well. If you are moral and honest, other people will naturally be drawn towards you and you will be a means of inspiration to them.” 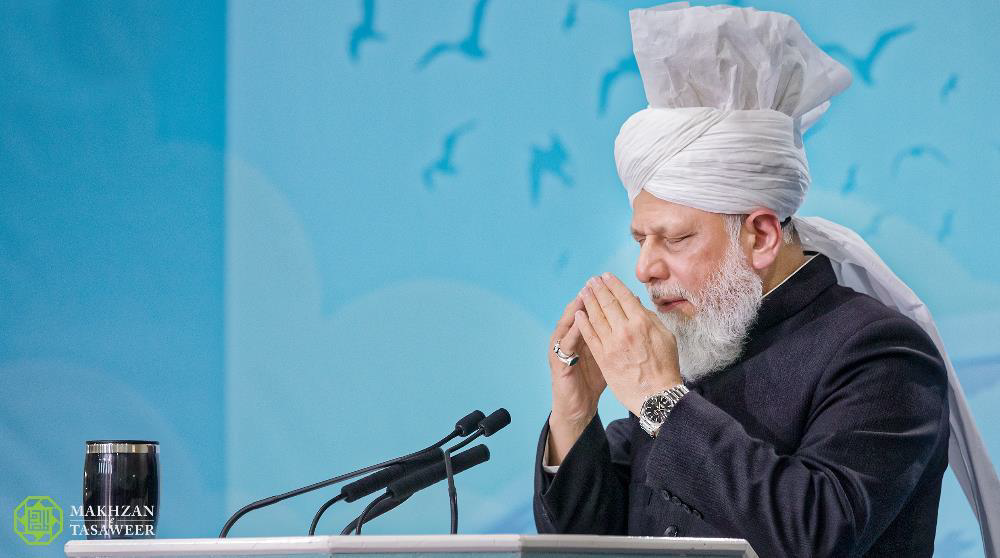 Concluding his address, His Holiness prayed for the Waqf-e-Nau and said:

“At the end, I pray that may Allah grant you all the ability to fulfil that sacred pledge and bond that was first made by your parents prior to your birth and which you have since renewed. May all of you fulfil your duties and be amongst those who bring about a true and everlasting spiritual revolution in the world.”