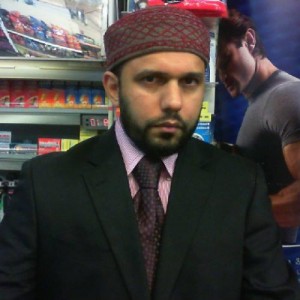 MEMBERS of the Ahmadiyya Muslim community in Glasgow are running a campaign promoting unity after the death of city shopkeeper Asad Shah.

As part of this, a total of 50 buses across the city are carrying messages condemning extremism.

Mr Shah, who was attacked and killed at his shop in Shawlands last month, was an Ahmadiyya Muslim.

Ahmed Owusu-Konadu, of Ahmadiyya Muslim Community Scotland, said the campaign was a “rejection of all forms of extremism”.