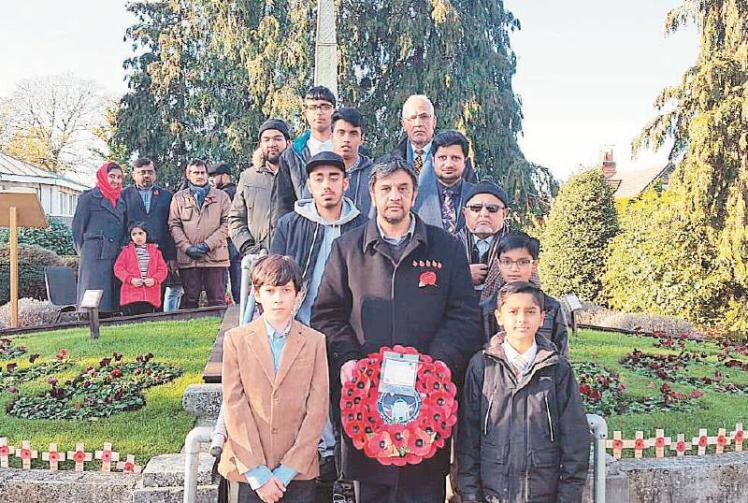 More than 300 people were present including war veterans, councillors, community groups, faith groups and representatives from schools and scout groups.

Members from the Ahmadiyya Muslim community were asked to take part in the procession which began at the Royal British Legion office in Gore Road.

Ahmadiyya Muslim Community Slough president Atiq Ahmad Bhatti said it was ‘an incredible honour’ to lay a wreath on behalf of his community.

This was the fifth consecutive year that members of the community had been given the opportunity to lay a wreath on Remembrance Sunday.

The association raised more than £5,500 over two weekends for the Royal British Legion through poppy sales.