Wealthy nations were urged to give more help to some of the world’s most impoverished people by the leader of a prominent Muslim denomination. 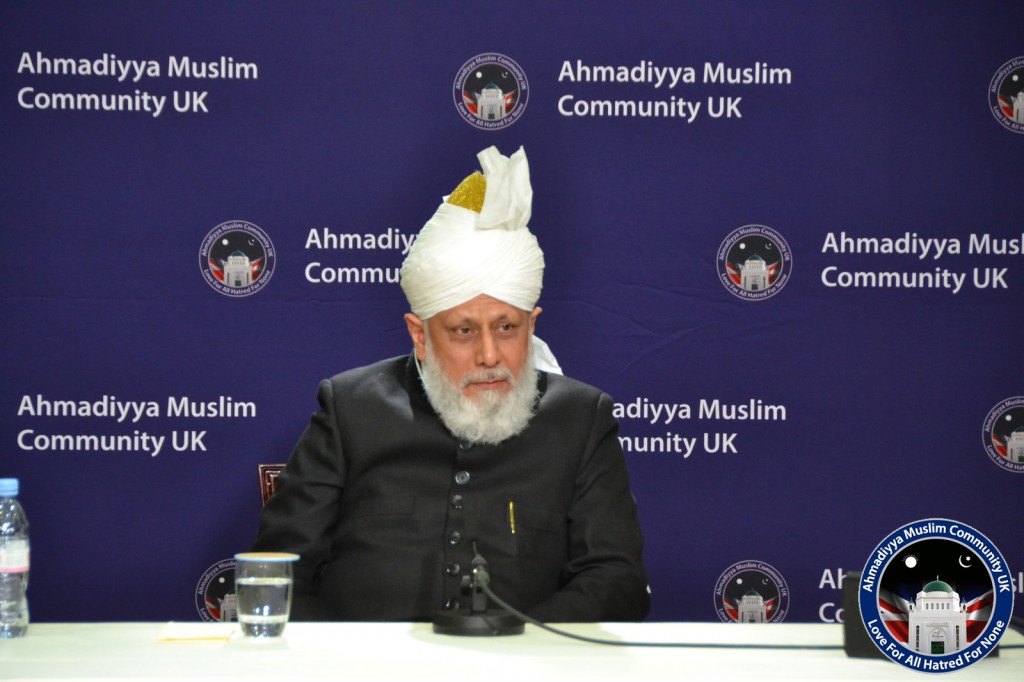 His Holiness Hazrat Mirza Masroor Ahmad, Caliph of the Ahmadiyya Muslims, gave the keynote address at the National Peace Symposium on Saturday at the Baitul Futuh Mosque in Morden.

The event, now in its 15th year, aimed to address misconceptions of Islam and highlight the major struggles in the world today and was streamed to millions around the world.

In a speech to a packed hall of more than 800 delegates from 27 countries, His Holiness said: “Instead of shutting down borders and ports in warring countries, causing innocent children to be left starving and the sick being deprived of medical treatment, we must open our hearts to one another, knock down the walls that divide us, feed the hungry and help those who are suffering.”

This story was written by Alex Bowmer for South West Londoner and the full post can be read HERE.